West Indies are still not a side that could be a force to reckon with in the Tests, but they most definitely can give the top teams a run for their money in the limited overs format of the game. Moreover, the return of Chris Gayle could be a shot in the arm for this rising West Indian side. 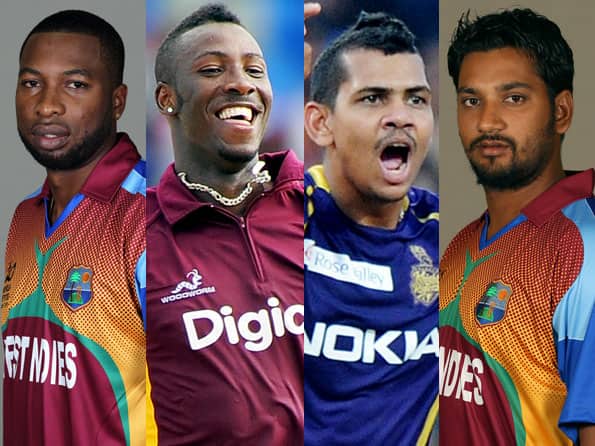 From left: Kieron Pollard, Andre Russell, Sunil Narine and Ravi Rampaul have given West Indies cricket a new respect. And when you add names like Chris Gayle and Darren Bravo (not in pic) to the line-up, West Indies is truly a side that no opposition can take lightly © Getty Images and AFP

West Indies cricket has certainly been on the upswing post the 2011 World Cup. Agreed, there have been flashes of a bright future even in the past, and they have more often than not proved to be temporary, but the resurgence under Darren Sammy is there for everyone to see. They are still not a side that could be a force to reckon with in the Tests, but they most definitely can give the top teams a run for their money in the limited overs format of the game. Moreover, the return of Chris Gayle could be a shot in the arm for this rising West Indian side.

It is saddening to see how West Indies has descended into a downward spiral since the last two decades. However, this current side is capable of reversing the side’s dwindling fortunes. The players appear to be comfortable with Sammy’s style of captaincy, and although a lot of hard work needs to be put in if they aim to sell themselves as a decent Test side, they are a much better One-Day International (ODI) and T20 side than what they were a few years ago. They lost 0-2 to Australia during the Test series, but that doesn’t take away the fact that the visitors were made to toil for those victories. Nevertheless, the tied T20 and ODI series against a formidable Australian unit speaks volumes of West Indies’ advancement in these formats.

Without a shadow of doubt, West Indies has produced a few exciting limited overs players since the past few years. Kieron Pollard, Andre Russell, Sunil Narine and Ravi Rampaul have become the most sought-after names for the abridged version of the game. It has also produced an elegant batsman like Darren Bravo who appears to be a fit for all seasons. A calm head and a watertight technique are needed to succeed in the Tests and the ODIs, and that is exactly what a player of Bravo’s calibre can get to this West Indian unit.

Pollard and Narine have already made a huge impact in the ongoing Indian Premier League (IPL). Before his injury, Pollard was an indispensable member of the Mumbai Indians (MI) squad, for his exploits with the bat need no introduction. His fellow Trinidad & Tobago (TT) teammate Sunil Narine too has hogged the limelight playing for Kolkata Knight Riders (KKR) this season. Narine is currently the third highest wicket-taker this IPL with 15 wickets in nine matches to his name. He has managed to flummox many batsmen, and considering that he has bamboozled proficient players of spin in their own backyard is a good sign for West Indies.

Andre Russell too can be a dangerous customer in the shorter versions. This was demonstrated during West Indies’ tour of India last year, and also during the recently concluded ODI series against Australia. His high strike-rate and variations with the ball helped him fetch a huge price in this year’s IPL. The fact that he’s being made to warm the benches in this season is because of the presence of other big names in the Delhi Daredevils (DD) side, and has nothing to do with any dearth of his skill. Like fellow West Indians Pollard and Dwayne Bravo, Russell too can strike the ball a long way and be quite efficient with the ball in his hands.

As mentioned, the West Indies have what it takes to be recognised as a decent ODI side. But their mettle in the game’s original format will soon be tested against the No.1 ranked England. The clash between these two sides no longer features the intense rivalry and battle for prestige like it did a few decades ago, but it nonetheless presents the visitors a golden opportunity to perform and convey to the cricketing world that their ascendancy has just begun. To beat England or eke out a draw against them would not be a small achievement. For that to happen, they need more players to apply themselves and fight it out for the entire duration of the game without losing steam in between. That they can learn from Shivnarine Chanderpaul, who is currently and deservedly the No.1 ranked batsman in the world. Darren Bravo is another fine example of a player applying himself.

Tests and ODIs apart, the West Indies are already a formidable T20 side. The likes of Gayle, Pollard, Narine, Russell, Rampaul, Dwayne Bravo and a few others can win a match single-handedly on their day. Darren Sammy’s refreshing leadership is also a huge plus. With the T20 World Cup soon approaching, one should not be surprised if West Indies goes the full distance, considering the kind of firepower it has at its disposal.