After two crushing defeats in the Test series, West Indies skipper Darren Sammy was frank about the embarrassing performance presented against an already champion Indian side. Abhijit Banare looks at what awaits for the visitors in the short One-Day International series. 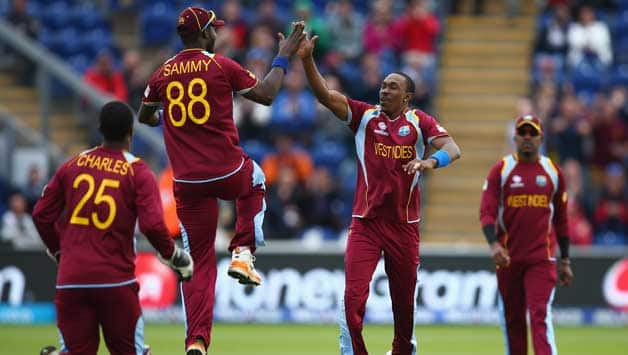 After two crushing defeats in the Test series, West Indies skipper Darren Sammy was frank about the embarrassing performance presented against an already champion Indian side. Abhijit Banare looks at what awaits for the visitors in the short One-Day International series.

The most demoralising moment for a team during defeat is when the realisation sets in that they were not only less than 100 per cent on the field, but also gifted the match making it easier for the opposition to sail through. This particular feeling was evident in Darren Sammy‘s post match presentation speech after the second and final Test at Wankhede Satdium in Mumbai. Sammy emphasised on the reality check that reflected they had to face after coming into the series with six Test wins. Yet there’s one more challenge that awaits the visitors which provides them an opportunity to salvage some pride against the One-Day International (ODI) champions.

West Indies had quality players to at least provide more fight than they did in the Tests. It seemed as though Shane Shillingford was the only engine dragging the 10 compartments behind completely out of sync with each other. When a similar squad moves ahead to limited-overs matches, there is a marked change in the approach. The aggressive intent which lies at the base of the squad fits in well with the limited-overs matches.

In the Test matches, some of the wickets that went down would force established coaches to hide their face in shame. The patience required for a Test match rarely seeped in while playing the fancy shots even as wickets fell. However, the conflict will be erased in the three-match ODI series, where they can progress in their natural way trying to attack.

The overall West Indies side is good enough to keep up the pressure. With an aggressive opening pair of Johnson Charles and Chris Gayle, the visitors always have the edge to dictate terms. Then there is a Lendl Simmons and Darren Bravo who give much solidity to the top order. Marlon Samuels who has been a far more improved batsman appears much more threatening when placed in a 50-over or 20-over game. With the kind of explosive batsmen they have, there is enough power to utilise the pitches that offer the batting team to post totals well above the 300-run mark.

And to complement such pitches, you don’t require bowlers with phenomenal variety but one who can be accurate. That’s why Ravindra Jadeja always appears more effective even though he is far away from being called a traditional spinner — something that Ravichandran Ashwin is termed as. Similarly West Indies have Ravi Rampaul and Sunil Narine, who are extremely difficult to get away with when under pressure. That’s why the visitors have someone like Shillingford manning the spin responsibility in Tests, while Narine continues to master the other two formats.

Rampaul too has been a fine pace bowler who bowls with a lot of accuracy. On Indian pitches, the chances of a Rampaul succeeding is far higher than a world-class Dale Steyn, purely from the perspective of relying on containing the batsmen rather than test the batsmen unlike in the five-day format. Hence, Steyn occasionally goes for more runs in the shorter formats. Together, Narine and Rampaul can handle 20 overs of quality bowling and this time around the Indians will have a stiffer challenge to chase down gigantic totals when compared to the ones seen against Australia.

The biggest challenge for West Indies continues to be playing as a team. Under Dwayne Bravo, one can expect a much better approach. It is essential to be completely in the game mentally against a champion side like India. The fact that most of the players in the team are well-acquainted with Indian conditions in limited overs games will fuel the confidence. This might motivate them to stick together as a team — something that appeared missing during the Test matches.

The batting order could be the strongest with Gayle and Charles at the top followed by Simmons, Darren Bravo and Samuels. Dwayne Bravo, Denesh Ramdin and Sammy could comprise a fairly decent and explosive middle-order.

In the bowling department, Narine and Rampaul are sure to feature with Jason Holder looking good to be drafted in as a pacer thanks to his experience with the Chennai Super Kings. Unless Dwayne Bravo is looking for more options, Narsingh Deonarine is unlikely to feature in the batting order.