WI managed to put up a decent score with the bat after conceding a barrage of runs to SA.

As the second Test between South Africa and West Indies entered the third day, the West Indies, who were outplayed in the first Test at Centurion showed character and gave signs of a comeback in the series. Ayush Gupta has more.

After a humiliating and embarrassing defeat by an innings and 220 runs in the first Test at Centurion, West Indies’ confidence would have surely taken a hit. It seemed that there was no stopping to their woeful performance, be it on-field or off the field. Already in trouble with the International Cricket Council (ICC)with a controversial tour pull out from India and following a defeat in the opening Test, the Caribbean players and the staff would surely have realised that something was terribly wrong and they needed to address the free-fall.

As the day came for the second Test, West Indies had luck on their way as they won the toss and invited the home team to bat. An early break-through put them on a high, but Dean Elgar (121) and Faf du Plessis dashed it with their 179-run partnership for the second wicket, as South Africa were back in control on Day One.

The second day seemed to be a new beginning for the visiting Caribbeans as they started off with the dismissal of in-form du Plessis (103) on the very second ball of the day, giving clear  signs that they had not yet given up. However, with just six overs bowled, it was the rain this time that played the spoilsport over their gameplay and the day’s play was called off.

The West Indies came out strong once again on Day Three, as they turned out to in a manner which no South African would have expected. The bowlers displayed strong character with the ball and came out with all guns blazing as South Africa kept losing wickets at regular intervals with their prime batsmen failing to contribute, as none of them was able to score big on Day Three. However, it was fast-bowler Dale Steyn, who unexpectedly scored a quick-fire 58 off 28 deliveries and helped South Africa consolidate, and per, Hashim Amla called for declaration on 417 for the loss of eight.

Considering their job done with bat, South Africa believed they would blow away the Caribbeans cheaply.  However, West Indies had other plans and out came the opening batsmen, Devon Smith and Kraigg Brathwaite who put up a 50-run stand. Unfortunately, Smith was dismissed for 22 off a good delivery from Morne Morkel, but the attitude and character he showed, itself proved that more was about to come from the others as well.

Interestingly, it is exactly what happened. Although Leon Johnson was dismissed for a golden duck of the very next ball, it was the team’s middle-order and senior most pro, Marlon Samuels, who took charge along with Brathwaite and battered most of the South African bowlers all over the park for boundaries as they put up an unbeaten 92-run partnership for the third wicket and also scored their respective half-centuries.

As the day ended six overs short following bad light, both Brathwaite and Samuels remained unbeaten on 65 and 60, respectively. It was indeed surprising to see such an inspired comeback by the Caribbeans, who had looked out of sorts so far in the day.

Despite their poor performance on Day One, captain Denesh Ramdin praised his players for what they had done so far and tried their best. Perhaps, that might have worked in their favour with players thinking that if the skipper really believes in them, they should repay the favour by doing something really worth believing.

Although the match is far from being over with two crucial days to go, but undoubtedly the strong character shown by the Windies players and especially through the skipper, it surely has brought a new life in to the Caribbean squad. 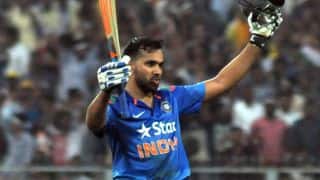 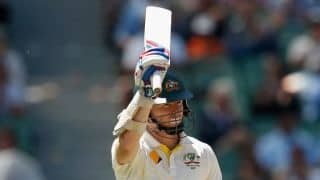