In the first match, there were some fascinating battles within the main battle between the two teams. In the second game too there will be interesting clashes to look forward to. Let us take a look at the possible clashes from the second ODI here:

Hosts West Indies will take on England in the second game of the three-match One-Day International (ODI) series at North Sound, Antigua on Sunday. In this match, the series will be on the line for the hosts after they lost the first ODI by 45 runs. Batting first, England posted 296 for 6 from their stipulated 50 overs; thanks to their skipper Eoin Morgan s hundred and fifties by Sam Billings and Ben Stokes. In reply, West Indies batting crumbled under the sustained pressure applied by pace duo Chris Woakes and Liam Plunkett. Their middle order did put up a fight, but it proved too little in the end. Full Cricket Scorecard: West Indies vs England, 2nd ODI at Antigua

In the first match, there were some fascinating battles within the main battle between the two teams. In the second game too there will be interesting clashes to look forward to. Let us take a look at the possible clashes from the second ODI here:

Shannon Gabriel vs England top order: The West Indian pacer was at his fiery best in the first game, and troubled the English top order. Gabriel generated some serious pace apart from being accurate. He got his rewards too, as Jason Roy was trapped in front of the stumps to a delivery which clocked over 147 kph. The bigger reward though, was Joe Root s wicket. Gabriel went through his defence and uprooted Root s stumps. The way he was bowling, it was a shame he did not get more wickets. The second ODI gives him another chance to have a go at the English top order and add more wickets to his tally.

Ashley Nurse vs England middle order: If Gabriel troubled the top order, Nurse was good against the middle order. He chipped in with the crucial breakthrough of Billings and sent back the dangerous Jos Buttler cheaply. In the second game, Nurse will look for an encore, while the England middle order will look to unsettle him and not get into the rhythm. West Indies vs England, 2nd ODI: Likely XI for both teams

Ben Stokes vs Carlos Brathwaite: This was a clash everyone anticipated in the first game too. It was Brathwaite who made the world take notice with his four blistering sixes off Ben Stokes bowling in the ICC World T20 final s last over last year. Since then, though, a lot of water has flown under the bridge. Stokes has emerged as a mentally tougher and better cricketer since that game. It was visible in the first game, where he hammered a quick fifty while Brathwaite failed both with the bat as well as ball. However, the duel between the two all-rounders cannot be written off after just one contest. Match No. 2, thus, will be another chance for these two to outclass each other.

Chris Woakes vs West Indies top order: Woakes had a great outing in the first game, where he took 4 for 47 and shook up the West Indian top order, before returning and wiping off the tail. But it was his dual strike upfront which put West Indies on the back foot from the beginning of the run chase. England will expect the same from him in the second game while the West Indian top order will look to rectify the mistakes and play him more confidently.

Liam Plunkett vs West Indies middle order: If Woakes dealt with the top order, it was Plunkett who took care of the middle order. He struck on regular intervals to keep the West Indian batting under the pump. He removed Kieran Powell (No. 3), Jonathan Carter (No. 6) and Jason Holder (No. 7) before picking up the last man Gabriel. A good contest between him and the West Indian middle order is again on the cards in the second ODI. 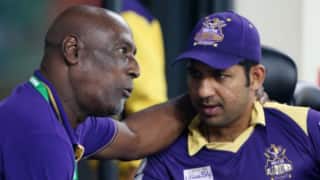 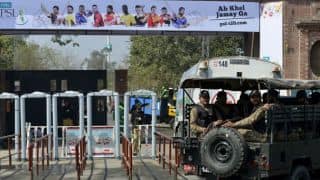