West Indies vs New Zealand 2014: Who is Mark Craig?

West Indies vs New Zealand 2014: Who is Mark Craig?

Craig became the first player in Test cricket history to hit a six off the first ball faced on Test debut.

After a memorable debut that included taking eight wickets for 188 runs, Mark Craig made it a unique outing by hitting a six off the first ball he faced. Abhijit Banare looks at the brief career of the Kiwi off-spinner, who has been in the news after New Zealand’s 186-run win in the first Test against the West Indies.

For the uninitiated, Mark Craig is a 27-year-old right-arm off-spinner, who hails from Auckland, New Zealand. Craig received a surprise Test call-up on April 14 this year to tour the West Indies for the Test series.

First-Class record: 39.84. Now, it isn’t his batting average, but rather his bowling average in First-Class cricket over 23 matches. He has 51 wickets to his name.

So why was he included? Old warhorse, Daniel Vettori is still not fit, while the other off-spinner, Jeetan Patel, withdrew, as he chose to play for his county side Warwickshire. With a good domestic season behind him, the selectors’ desperately needed the second spin option to partner leg-spinner, Ish Sodhi. Craig proved to be an ideal choice. During the recent season of Plunkett Shield, Craig had bagged 22 wickets.

Moreover, in the tour match against Jamaica Select XI, Craig ran through the batting line-up in the second innings with a four-wicket haul and the opposition was bundled out for 90. With pitches in the Caribbean offering turn, Craig looked certain to make his Test debut with Sodhi being the other spinner.

What was special apart from his surprise inclusion? Craig has successfully fought a Chronic Fatigue Syndrome. Here, the individual suffers from headaches, pain in joints and muscles, and the fatigue lasts for at least six months. Craig took 11 months to recover and returned to cricket to make his First-Class debut. Earlier in February 2009, he made his domestic Twenty20 (T20) debut for Otago against Canterbury. Two years later, he made his First-Class debut against Central Districts.

What has he achieved? On his debut, Craig bagged a four-wicket haul and along with pacer, Tim Southee, they rattled the West Indian batting to dismiss them for 262 with Craig taking four for 91. Since he bagged four more in the second innings, he surpassed Paul Wiseman’s record of best bowling figures on debut for New Zealand. However, that record was overshadowed by the one he achieved on Day Four of the Test. Craig became the first player in Test cricket history to hit a six off the first ball faced on Test debut. He is the third player after Stephen Fleming and Matthew Sinclair to win a Man of the Match award on Test debut.

What next? After this Test series, Craig is likely to be part of the New Zealand A tour of England, and they are scheduled to play matches against county sides; Kent and Surrey. 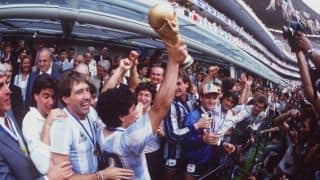