William Gilbert Grace, born July 18, 1848, was without doubt one of the most iconic cricketers of all time.

William Gilbert Grace, born July 18, 1848, was without doubt one of the most iconic cricketers of all time. His larger-than-life persona, immense girth, and trademark beard along with outstanding skills made him one of the most endearing public figures of the 19th and early 20th century. Shiamak Unwalla picks out 12 of the numerous vital things to know about the man known as the Father of Cricket.

1. A pioneer: It is taken for granted that a batsman would be able to play all around the park to both short-pitched and full bowling. However, that was not the case in the 1800s and 1900s. As strange as it may be to imagine, WG is considered as the first batsman to ever play both on the front foot and the back foot, and play both on the off and leg side with equal ease. It was small wonder that he came to be known as the Father of Cricket.

Then there were the uncles and cousins: William Pocock, William Rees, William Lee Rees, George Gilbert, and Walter Gilbert.

3. The Doctor: Without doubt the most iconic cricketing doctor yet, WG chose to be an amateur cricketer (more on that later) but a professional doctor. WG s father and brother were both medical practitioners as well.

WG was known widely as The Doctor (one can only imagine that was the inspiration for Doctor Who!) and often applied his skills on the cricket field. When a fielder struck his head on a jutting piece of metal (after taking WG’s catch), the doctor proceeded to administer first aid on his way back to the pavilion. On another occasion, WG saved the life of a former Gloucestershire cricketer after he cut his throat on the jagged edges of a railing. WG held the split throat together for almost half an hour to cease the bleeding this after he had spent most of the afternoon bowling.

4. A true all-rounder: Few cricketers would ever be able to match up to the sheer numbers of WG. He could play only 22 Tests and Test cricket is poorer for it but he played as many as 870 First-Class games. It should be noted that some statisticians dispute the status of certain games, so the numbers might not be entirely accurate, but even if they are different it will not be significantly so.

Regardless of any minor discrepancies, WG scored over 54,000 runs, took over 2,800 wickets, and over 870 catches in First-Class cricket. Few all-rounders in history can boast of half his achievements.

5. Insatiable with the bat: A patient once enquired, Is Dr Grace in? The answer he got: Of course he s in. He s been batting ever since lunch time on Tuesday. WG played for 43 seasons, and barring a minor blip, did better than his contemporaries almost always. He scored 839 runs in one magical week (August 11-18, 1876), with three consecutive innings of 344 for MCC, 177 for Gloucestershire, and 318 not out also for Gloucestershire. Incidentally, these were the first two triple-centuries in First-Class cricket.

Though his average might not look impressive 39.45 in First-Class cricket it should be kept in mind that he played in an era when batting was a nightmare. He scored over 2,000 runs in a season on five occasions and over 1,000 runs in a season 28 times. He was often leagues ahead of the next best, and on occasions did almost twice as well as his nearest competitor in a season. There was also the small matter of him scoring 124 centuries and 251 fifties in his First-Class career; this included 152 on Test debut, which was also the first ever Test on English soil.

6. Crafty with the ball: With 2,809 First-Class wickets at an average of 18.14, 240 five-fors, and 64 ten-wicket hauls, WG could have played as a pure bowler. He bowled round-arm medium-pace, but toward the latter part of his career relied more on subtle variations of pace than cut or seam. He would often lob the ball in the air only for the batsman to get fooled into playing it in the air to the shrewdly-placed fielder.

He was rarely unplayable, but lesser or inexperienced batsmen would often fall prey to his crafty deliveries and canny field placements.

7. Forever athletic: Few cricketers of his era could match WG s colossal girth. And yet, there were few fielders more agile or skilful. An outstanding outfielder in his youth, WG never let his growing belly come in the way of his reflexes. A master point fielder, WG was also a stunning catcher off his own bowling. It was said that he could predict how and where the batsman would hit a delivery, and run into position to take the catch on his follow-through. The fact that he has taken the second highest number of catches in First-Class cricket behind only Frank Woolley is ample evidence of his abilities.

8. The professional amateur: Though he played exclusively as an amateur, WG usually ended up getting paid more money than most professionals combined. This often led to some misgivings on the part of the professionals, but WG was more than capable of manipulating circumstances to his monetary benefit.

9. The folklore: There are perhaps more myths surrounding WG than any other cricketer. There are numerous anecdotes about the man that may or may not be true; a lack of physical evidence and the human tendency of hyperbole could blur the facts. In any case, there are some famous legends surrounding WG.

According to one such anecdote, WG picked up the bails after being bowled and simply put them back on the stumps and resumed his innings. No one dared argue with him.

Another story suggests that he once told an umpire who had adjudged him out LBW, They came to see me bat, not you umpire.”

Perhaps one of the most amusing stories goes that after WG intimidated the umpire into turning down appeals for LBW against him, pace bowler Charles Kortright knocked down two of WG s stumps. As he was leaving, Kortright quipped, Surely you re not going, Doctor; there s one stump still standing.

10. Monty Python’s God: As if he needed more immortalising, the film Monty Python and the Holy Grail shows God talking to the protagonists and sending them on the quest for the eponymous grail. The God shown is an animated image of WG, billowing beard and all.

11. Outlasting his sons: WG played First-Class cricket from 1865 to 1908. His elder brother EM played from 1862 to 1896 an impressive span, but far less than that of WG himself while his younger brother Fred sadly passed away just 14 years into his career.

12. A heart to match his girth: As mentioned earlier, WG was quick to seize the opportunity to earn as much as possible while posing as an amateur. However, WG was known for being extremely generous as well. He often helped those in need by providing them with a bag of coal or a basin of soup. As a physician, he almost never charged those who could not afford to pay him anything. He once treated a would-be burglar who injured his hands while attempting a break-in to WG s house. He refused to hand him over to the police as part of his medical etiquette, preferring instead to send him on his way with a kick. 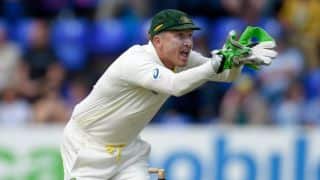 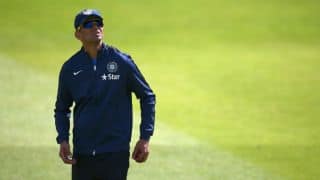