On August 6, 1896, William Gilbert Grace scored the third triple hundred of his career, against Sussex. At 47, Grace still had an insatiable hunger to score runs. Sarang Bhalerao revisits one of Grace’s masterpieces. 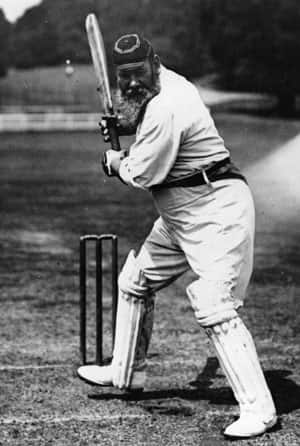 On August 6, 1896, William Gilbert Grace scored the third triple hundred of his career, against Sussex. At 47, Grace still had an insatiable hunger to score runs. Sarang Bhalerao revisits one of Grace’s masterpieces.
Right since 1865, no other cricketer had grabbed the attention of the nation with their batting exploits like Sir William Gilbert Grace had. Even in the 21st century the name of WG Grace is taken in reverence and his timeless tales have only made cricketing folklore sound sweeter. In his career that spanned across 44 seasons he made 54,211 runs. Three hundred and one of those runs came at Ashley Down Ground in Bristol against Sussex for Gloucestershire.

Grace, the Gloucestershire captain, won the toss and decided to bat. Grace opened the batting with his son William Gilbert Grace junior, which is a rare instance in cricket. Grace Jr. was dismissed for one, bowled by John Hartley. Reginald Rice then joined Grace and the duo stitched a useful second-wicket alliance. Grace, with his high backlift and solid footwork, didn’t give the Sussex bowlers a chance. Up until that point he had two triple hundreds, nine double hundreds and 97 tons that added up to a whopping 108 First-Class hundreds.

Rice registered his highest score in First-Class cricket when he reached 66. Sussex skipper Billy Murdoch looked short of ideas. At 73, Grace reached 6,000 runs in County Championships. Grace soon reached his 109th First-Class ton to indicate that age wasn’t the barrier. In the previous season he had scored more than 1,000 First-Class runs. The legacy of Grace was bolstered by the addition of another glorious chapter. His immense hunger for runs was on the fore. Grace looked set for more runs.

The 211-run stand was taking the game away from Sussex. Murdoch gave the ball to KS Ranjitsinhji who got immediate success dismissing Rice for 84. Gloucestershire lost William Hemingway for 30 before the close of first day’s play. At 135, Grace recorded 45,000 runs in First-Class cricket. They had scored 341 for three with Grace unconquered on 193 with Charles Townsend unbeaten on 29.

On Day Two, Gloucestershire lost their way. Townsend was out caught and bowled by Fred Tate for 30. Tate then had Harry Wrathall for duck. Frederick Parris then had three quick scalps: Cyril Sewell (4), Gilbert Jessop (2) and wicketkeeper John Board (0) to strike pandemonium for the home side. Five wickets were down for 14 runs in the morning and Gloucestershire were in serious danger of getting bowled for a below-par total.

Grace was joined by Sidney Kitcat. Grace had passed his double century and had to take the control of the innings. He had to ensure that Gloucestershire reached a good first innings total. He cut loose and dominated the bowlers. Sussex were in submission against Grace’s sortie. The ninth wicket partnership was assuming serious proportions. Kitcat reached his half-century. At 53, Kitcat brought up his 1,000th First-Class run. Soon he surpassed his previous highest score of 56 in First-Class cricket.

Grace was nearing his triple ton. He had already scored two 19 seasons back. His 344 for MCC against Kent and unbeaten 318 for Gloucestershire against Yorkshire were scored in that amazing eight-day period in the August of 1876. The innings of 177 against Nottinghamshire was sandwiched between his colossal triple tons. As a 28-year-old youth, Grace was the epitome of monumental batting.

Grace got to his third triple hundred in 510 minutes. The innings was laced with 29 boundaries — each better than the previous one. At 47, scoring a triple century is no mean achievement. Soon, Grace was out bowled to left-arm spinner Arthur Collins for 301. The ninth-wicket partnership of 193 is still a record for Gloucestershire in First-Class cricket. Kitcat remained unbeaten on 77 as Gloucestershire innings folded for 552.

Sussex were folded for 250 in their first innings. They followed-on and displayed another shoddy batting performance, getting bowled out for 178 as Gloucestershire won the game by an innings and 123 runs. Grace picked up three wickets for 23 runs. After picking up the third wicket, Grace registered his 50th First-Class wicket to round-off a scintillating all-round display.

At 47 he was the lynchpin of English cricket and his achievements spoke highly about his inimitable talent. Grace was still going on and on.

Rahul Dravid disappointed at comments being taken out of context 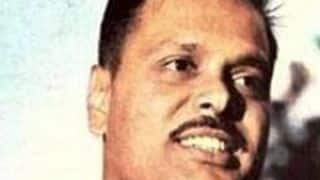 AG Kripal Singh: One of the most significant figures to emerge from Tamil Nadu cricket