Who knows what Test history would look like today if the matches were official.

The Kerry Packer SuperTests, the Rest of the World XI in England 1970, the World XI in Australia 1971-72. A collection of supreme matches of spectacular cricket and committed performances. Unfortunately, none of these games have been given Test status while official Test matches against the Packer-depleted sides have boosted many career averages. Arunabha Sengupta crunches numbers to find out how the final records would have looked if it was the other way around the greater Tests deemed Test matches and the ones against the depleted sides mere First-Class.

It was one of those modern Test matches between a major cricketing power and the puny Bangladesh, going through its usual one sided yawn-inducing pattern of huge totals followed by abject surrenders. Player after player walked to the wicket and proceeded to give a huge boost to their career averages. And one disgruntled cricketer of the past one of the greatest of his day lamented on the social media, This is a Test match. And the World Series where everyone agreed we played the hardest, toughest cricket is not even considered First-Class.

One could understand the discontent, the sense of unfairness. In the Kerry Packer sponsored SuperTests, it had been the clash of titanic giants. Dennis Lillee, Mike Procter, Andy Roberts, Joel Garner, Michael Holding, Colin Croft, Wayne Daniel, Imran Khan, Len Pascoe, Jeff Thomson, Garth le Roux, Clive Rice had been the names who had sent down their fast and furious deliveries. Somewhere in the middle Derek Underwood had quietly picked up his share of wickets. And against all these men Barry Richards, Viv Richards and Greg Chappell had led the way with the bat as Gordon Greenidge, Clive Lloyd, Zaheer Abbas and others fought gamely..

This was what defined Test in a Test match. The real Test between bat and ball in cricket. A partnership between Trevor Laughlin and Peter Toohey did not come close, neither did the sight of David Oglivie facing Norbert Phillip at Georgetown.

Yet, the latter displays of insipid cricket have gone downofficial Tests while the literal SuperTests had not been granted more value than miscellaneous matches.

Best performances in the SuperTests

The history of cricket is littered with such instances. The official status of Test matches have often been bestowed post facto based on unstructured and unscientific decision making. How else can one account for Fred Spofforth s stirring feats against a full strength MCC at Lord s, 1878, going down as First-Class exploits; while the noble but far less demanding deeds of the bits and pieces English team in South Africa under Charles Aubrey Smith in 1889 has been granted Test status.

While that is perhaps excusable in the days of obscure memories and faded black and white pictures, one would be justifiably aghast at the same occurrences in the 1970s.

Granted, Packer was at loggerheads with the establishment and one could not expect the magnificent games played in front of sparse crowds to be given Test status. But what about those glorious Test matches between the Rest of the World XIs and the English and Australian teams at the beginning of the decade?

Poor Alan Jones. He thought he was making his Test debut, but in the end he never did even though he opened the England innings against an attack of Mike Procter, Garth McKenzie, Garry Sobers, Intikhab Alam and Eddie Barlow at Lord s. Sobers too believed he was playing Tests when asked to lead the World XI against England as a replacement for the cancelled South African tour.

But, after being included in the Wisden as Test, the status was withdrawn. Sobers took six for 21 and scored 183 at Lord s but it became a mere First-Class feat. Similarly, Ray Illingworth enjoyed an excellent series averaging over 50 with the bat and 34 with the ball, but all that remains unaccounted for in his Test record.

Best performances in Rest of World vs Eng 1970 series

The same happened to the magnificent 254 scored by Sobers at the Melbourne Cricket Ground (MCG) in the Australian summer of 1971-72 against Dennis Lillee s furious pace. The same happened to Lillee s amazing spell of eight for 29, and Rohan Kanhai s blistering batting in the same series.

The reason given by the authorities was that a Test match had to be played between two nations. Thus, these long and ultra-serious cricketing extravaganza between excellent sides were not recognised.

However, in 2005, the same legislators of cricket did a volte face and decided that the lukewarm, less than keenly contested game between Australia and a largely uninterested Rest of the World would be a true Test match. Even then they did not look back and grant Test status to all those superb matches played three decades ago.

It is clearly heart-wrenching for some to see a Zimbabwe or a Bangladesh side being pummelled by world class or inferior cricketers, their Test records getting raised beyond the boundaries of logic, while at the same time Greg Chappell s 1841 runs at 63 per innings with six hundreds is lost to the Test records even though scored in the most demanding arena of Packer in 1977-79 and against the Rest of the World in 1972-73.

Or take Sobers another 10 Tests would have pushed his tally to near 9,000 runs and 265 wickets, bettering his average with both bat and ball. Or Mike Procter s superb all round performances. Many of the South Africans would indeed have more substantial Test records.

Yet, while the two Chappells, the two Richards, the Holdings and the Roberts were engaged in a contest of a life-time, there were others making merry against sides depleted with the cream of talent engaged in the Packer Circus. Plenty of players boosted their career figures during this period.

The Indian team maximised against the weaker sides

While England did defeat a weak Australia 5-1 in the Ashes and it enhanced the captaincy legend of Mike Brearley, the biggest beneficiaries of the Packer era were the Indians. In those two years, they played 17 Tests against the West Indian and Australian teams, six apiece against them at home and five more in Australia. They did not have splendid team results, winning five and losing three, losing the series in Australia 3-2, but individual careers were definitely boosted. Predictably Sunil Gavaskar scored 1,607 runs in those 17 Tests with nine hundreds. Gundappa Viswanath was not far behind.

Gavaskar did play for the World XI in the 1971-72 series against Australia, but he managed just 257 runs at 28.55. Hence, when we consider the alternate numbers, his career average creeps down below 50. Viswanath suffers even more, finding himself in the late 30s. Chetan Chauhan comes down in the mid 20s.

Among their bowlers Kapil Dev, Karsan Ghavri, Dilip Doshi and Shivlal Yadav were immensely successful against the weaker opposition while their numbers take rather significant hits when the Tests played against these oppositions are removed.

Of the England squad who played against the weak Australian side in the 1978-79 Ashes, Geoff Miller and John Emburey enjoyed more success than ever. Take away the Ashes series, and Miller s bowling average shoots up from 31 to 41.

However, Geoff Boycott enjoyed a moderately good series against Rest of the World in 1970 and had a very poor one Down Under in 1978-79. Hence, if the 1970 series is added and the 1978-79 removed, the Yorkshire opener s figures shoot over the 50 mark.

While modern day considerations and data awareness often necessitates the categorisation of career records with and without minnows, there is seldom such statistics seen when discussing the men of the 1970s. There is hardly any analysis of record against all versus record against all excluding depleted sides.

That is what we have tried to do in the following exercise.

So, what if all those excellent SuperTests and World XI contests were deemed Test matches? It could definitely have been the case.

Imagine if Kerry Packer had not been satisfied with just the television rights. If he had carried his clout and commercial power into the board rooms till the World Series SuperTests were made official and the Tests played by the second string West Indies and Australia teams mere First-Class games, cricket statistics would have been way different.

This is what we have done in the following exercise.

We have considered the alternate history where the Rest of the World matches of 1970 in England and 1971-72 in Australia are Test matches. The Packer SuperTests are also Test matches. While all the Tests played by the depleted Australian and West Indian sides are not considered at all. (Remember that there had been five official Tests between West Indies and Australia during this period. The full strength West Indian side had appeared in two of them.)

Career figures adjusted for the World XI matches in England in 1970, in Australia in 1971-72, the Packer SuperTests of 1977-79 and after removing the Tests against depleted West Indies and Australia sides.

*At least five Tests or Tests in the 1970 series, 1971-72 series, Packer SuperTests or against depleted sides.

Barry Richards and Procter have more substantial careers. For Richards, the average obviously does not stay in the 70s, but it remains more than impressive. For Procter too, the extremely low bowling average undergoes an upward shift but remains well less than 20.

The records of Sobers and Greg Chappell indicate what the action the official Test world has missed. Sobers manages to haul his average even higher while Greg Chappell goes past the 55-mark. Interestingly, after adjustment, they have more number of runs and centuries than Gavaskar. Chappell would have ended just ahead of Don Bradman in the centuries list.

Viv Richards, and not Gavaskar, would have held the world record for highest number of runs.

Graeme Pollock s average is down to 54 from 61, which indicates that it is always difficult to maintain the rate after 20 Tests. However, two more centuries in the eight more Tests underline the enormous talent.

The batting and bowling averages of Sobers both undergo improvement. Imran Khan s performance remains more or less constant. However, Kapil s bowling average creeps above 30 while his batting average slips just below the mark.

Underwood would have reached the 300-wicket mark.

Had the SuperTests and the World XI matches been considered, Lillee would have remained the world record holder for a long, long time. 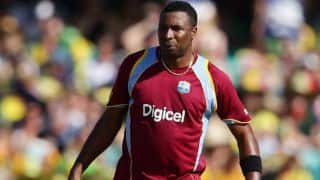 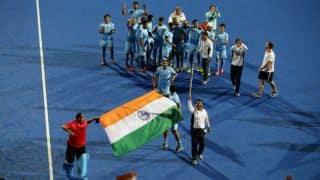