Unmukt Chand’s hundred will always remain special. He scored a match-winning hundred on Sunday against Australia in Australia, and that too in World Cup final. Not just that, the hundred changed the fortunes of the game as Australia looked like coasting to yet another win in the under-19 World Cup final. 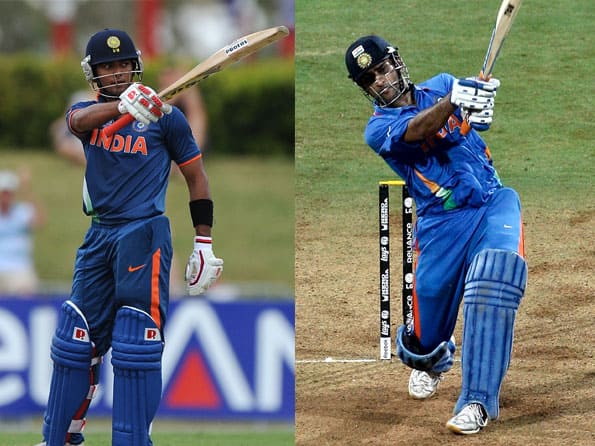 Unmukt Chand’s hundred will always remain special. He scored a match-winning hundred on Sunday against Australia in Australia, and that too in World Cup final. Not just that, the hundred changed the fortunes of the game as Australia looked like coasting to yet another win in the under-19 World Cup final. Unmukt epitomised the saying, “Cometh the hour, cometh the man”.

The Indian captain produced a sparkling knock – one that won the hearts of the connoisseurs of the game. His fantastic display in the final ensured that the Under-19 World Cup returned to India for the third time. Being the best batsman of the side, the added burden of captaincy and a slight struggle in the lead-up, the pressure on Unmukt would have been intense – something he tackled very well.

The most frequent comparison through all that has been between Chand and his state-mate Virat Kohli. However, a hundred in the final has invoked memories of Mahendra Singh Dhoni’s memorable 91 not out that helped India lift the 2011 World Cup. The comparison is fallacious – mainly because the stage is significantly bigger at the highest level. Nevertheless, let us revisit previous senior World Cup finals – ones where the captains came up with game-changing performances.

In cricket’s first ever World Cup final, the “Supercat” dazzled the stage at Lord’s with a belligerent display that mauled the Australians. It was a 60-over affair then and in those formative years of one-day cricket, batsmen didn’t score at a very quick rate. However, Lloyd’s 102 off 85 balls was a knock ahead of its time. None of the frontline West Indian batsman managed a strike-rate over 100 in the game, but Lloyd boasted of an enthralling 120. That took West Indies to 294 despite Gary Gilmour’s spell of 5 for 48. The Australians fell 17 runs short of the total.

Under the inspired leadership of Imran, Pakistan had done the unthinkable by progressing through to the final of the World Cup. On the big day, in front of the packed house at the iconic Melbourne Cricket Ground, Imran scripted a knock that extricated Pakistan from a muddle. Having chosen to bat first, Pakistan were in a spot as they found themselves at 24 for two. Imran walked in at three and took control in the company of Javed Miandad. That laid the foundation for a total of 249 – one that England fell short of by 22 runs. Being his swansong, it was only too fitting that he picked up the last English wicket to fulfil the dream of a nation.

It was a knock that personified Australia’s domination. India had come into the final following a remarkable run and looked good to challenge the might of the Aussies. However, mid-way through the game, they were left shell-shocked. If the Australian openers Mathew Hayden and Adam Gilchrist unsettled the Indian attack, Ponting walked in at three to literally tear them to shreds. His knock came off just 121 deliveries and contained eight hits that cleared the fence. He was going at a normal pace until the 40th over (at that stage he was 64 off 80 balls and Australia were 250 for two). Once the slog overs commenced, berserk wasn’t the word to describe the carnage. Australia put up a mammoth 359 and India had to bide their time to achieve their dream.

Pressure, what pressure? A World Cup final on home soil, with a billion people expecting nothing but the cup – one that eluded them for 28 years. The out-of-form Dhoni had the audacity to promote himself during a crucial phase of the run-chase!

Chasing 275, India were jolted early with Virender Sehwag and Sachin Tendulkar back in the hut. Gautam Gambhir and Virat Kohli steadied the ship, but it was only after Dhoni’s arrival that India took charge. The captain walked out ahead of the “Player of the Tournament” Yuvraj Singh and tackled the Sri Lankan bowling with ease. Guiding India through the nervous last moments, he smashed a flurry of boundaries to ease the pressure. The ultimate was achieved with a shot that cleared the ground. The celebrations that followed nationwide were simply beyond words to describe!

On each of the said occasions, one can see that these captains came forward and put an extraordinary performance – a cut above the rest. Fine examples of leading from the front. Dhoni’s promotion is one example, but one mustn’t forget Imran taking on the mantle at number three in 1992. He was an all-rounder and yet promoted himself to the top at the crucial stage to bring stability. Lloyd and Ponting merely snatched the game from the opposition’s hands.

In the annals of cricketing history, these knocks would stand out and be remembered for time immemorial. It would be a tremendous source of inspiration for future leaders who may find themselves in a spot of bother with their most important game approaching. 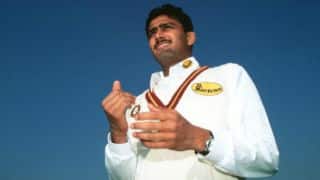