When Justin Langer was accused of cheating, well almost

When Justin Langer was accused of cheating, well almost

Is Australian coach Justin Langer a man with no stain in his illustrious CV?

In the wake of ball-tampering crisis that has gripped Australian cricket, Cricket Australia (CA) appointed Justin Langer as the team’s head coach. CA took stern measures, banning skipper Steven Smith and David Warner as players for a year and as captain for two years. Cameron Bancroft, the player caught rubbing a sandpaper on the ball during the Cape Town Test, received a nine-month ban. Coach Darren Lehmann, accused by critics as the responsible party for Australian team’s questionable culture, stepped down from his role.

Langer’s appointment has been hailed from all quarters. A gritty opener known for his commitment towards the Baggy Green, Langer has done wonders with the Western Australia (WA) and Perth Scorchers. With his disciplined approach, he changed the culture for WA, making them a popular unit in Australian cricket.

Mitchell Marsh confirms that Langer emphasised on the importance of being a good person as the sides coached by him made strides.

Langer, who sang Under The Southern Cross I Stand, Australian victory song, during Ricky Ponting’s tenure as captain, once revealed he slept in his Baggy Green cap after being presented with it on the eve of his Test debut against the West Indies in 1993. He is looked upon as a man who embodies the true spirit of Australian cricket.

The popular perception is that Langer is right man to affix the broken Australian side and rub off the stains that tarnished the image of the great cricketing nation. A fair call by CA, no doubt.

However, is Langer a man with no stain in his illustrious CV?

Langer and the bizarre bail-lifting incident

During the 2003-04 Australia’s tour of Sri Lanka, Langer was charged by the match referee but later cleared with misconduct. Here’s what happened!

Langer brushed the stumps and dislodged the bail. He described the act unintentional, however, the Sri Lankan commentator felt otherwise. Ricky Ponting and the other Australians questioned if the batsman Hashan Tillakaratne, who had just completed a single to fine-leg, had been hit-wicket?

Umpires Steve Bucknor and Dave Orchard had not noticed Langer’s act. Play had been held up for three minutes. Peter Manuel, the third umpire, had to intervene. Tillakaratne was ruled not out.

Match referee Chris Broad acted on the report from the umpires and charged Langer with a code of conduct breach. Langer claimed innocence and maintained it was unintentional and he was not aware of the same. Broad concluded it was an innocent mistake and let Langer off with a mild warning: “Justin was disappointed that the charge was brought and explained his position in a very honest and succinct way. He was, however, reminded that in future to steer clear of any instances such as this.”

Sri Lankan officials were baffled by the decision. Adding to the ire, Broad had also raised concerns over the legitimacy of Muttiah Muralitharan’s action without the umpires reporting him. Mohan Silva, the then Sri Lanka Cricket (SLC) Chairman, had informally raised the Broad issue with ICC.

Imagine if this was a subcontinent cricketer?

Trivia: Sri Lanka lost the series 0-3. Murali and Shane Warne finished with 28 and 26 wickets respectively. Both maintained an economy rate of 3.10 but Warne average of 20.03 was better than Murali’s 23.17. 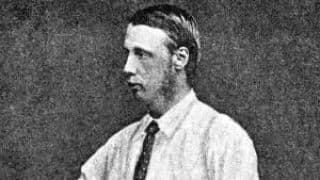 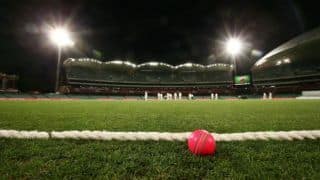