On March 13, 1993, Vinod Kambli commenced his innings of 227 against first-time tourists Zimbabwe, a knock that saw him enter the elite group of players who registered consecutive double-centuries in Test cricket. Karthik Parimal looks back at that eventful day. 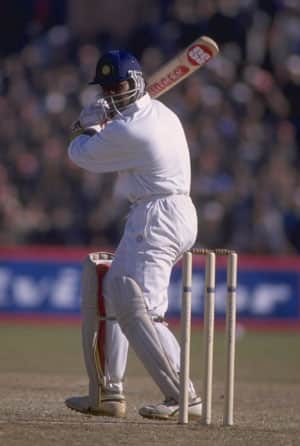 On March 13, 1993, Vinod Kambli commenced his innings of 227 against first-time tourists Zimbabwe, a knock that saw him enter the elite group of players who registered consecutive double-centuries in Test cricket. Karthik Parimal looks back at that eventful day.

Exuberant, effervescent and appropriately haughty, Vinod Kambli had all the makings of a superstar when he announced his arrival on the big stage during the early nineties.  In his debut Test outing — against England in 1993 — he finished as the highest run-getter, ahead of batsmen the likes of Graeme Hick, Sachin Tendulkar, Mike Gatting and Mohammad Azharuddin, all established players in the format by then.

The last match of that series versus England, at Bombay (now Mumbai), saw Kambli amass 224, his first double-century already, scored over 10 hours, 411 deliveries and, comprising of 23 boundaries. Little would he have expected to enact a similar script, against a different opposition, a few weeks later.

This was to be Zimbabwe’s first Test away from the familiar confines of home. Led by Dave Houghton, they were asked to bowl first at an intimidating Delhi’s Feroz Shah Kotla. Almost immediately, they were pressed by Navjot Singh Sidhu and Kambli, despite having pocketed Manoj Prabhakar in the first hour of play. Both Sidhu and Kambli kept scoring at a brisk pace against a largely inexperienced attack — with the exception of John Traicos. By the time the former was dismissed, he had scored 10 fours in his innings of 61.

Kambli, though, seemed unstoppable. It had been almost four weeks since his last knock of 224, yet, there he was, carrying on as if he’d walked out to bat after a lunch break. All changes by Houghton rendered futile, for Kambli was busy wearing every bowler down before launching a scathing attack. It wasn’t a flawless knock; he was dropped en route to his century, but that didn’t have the slightest of impacts on his approach that day. On the other end, Sachin Tendulkar was happy to play a second fiddle. The duo — their penchant for big partnerships well known — was involved in a 137-run stand, with Sachin scoring 62 before falling to off-spinner Ujesh Ranchod. (This was to be Ranchod’s first and last wicket in Test cricket, for he never featured in the five-day format thereafter)

Kambli, who reached his hundred well before Azharuddin walked out to bat at No. 5, kept plundering the bowlers. By the time stumps were called on the first day, India had raced to 340 for three, with the southpaw still unbeaten on 176. Quite a few records were touted to break the next day and there was little doubt that he would join the list of greats. Even if Kambli was dismissed for his overnight score, he would have already achieved what not many former Indian batsmen have managed to do in their Test careers — score two centuries in just five innings. But what followed was momentous.

On March 14, 1993, Kambli lit up a sombre, rain-curtailed day, by becoming the first Indian batsman to score consecutive double-centuries in international cricket. A cover-drive, his 26th boundary, off Traicos, helped him reach the prestigious landmark. Owing to terrible ground conditions, the day was devoid of further action, and Kambli was briefly stranded on 207. When play resumed on the third day, he was dismissed for 227, tantalisingly short of the highest score in Test cricket by an Indian, a record that was at the time held by Sunil Gavaskar (236). Nevertheless, he now featured in the elite list of players who notched double-centuries in consecutive matches alongside Wally Hammond and Don Bradman.

Twice Kambli came close to overtaking Gavaskar, but alas, that wasn’t to happen. However, one believed that these two knocks would be career-defining. Kambli himself was mightily pleased. “I was on the ninth cloud after that. I was very confident too. Those two innings gave me my name. They gave me fame. After that, I didn’t stop. I got two more hundreds. The hunger for runs was there,” he said in an interview to Sports Illustrated.

Kambli indeed scored two more hundreds after this amazing feat and, at one point averaged 113.29. He is still the fastest Indian to score 1000 runs in Test cricket (Cheteshwar Pujara recently scaled this landmark in 11 Tests, 18 innings, whereas Kambli needed only 14 innings). However, he averaged just 14.7 in his last 10 knocks and was soon out of favour with the selectors. Surprisingly, Kambli played his last Test for India at the age of 23 and, became one of the biggest disappointments in due course of time. His average at dusk was around the high fifties, which makes his downfall all the more appalling.

While one star fades, the other is born

India had posted a humungous 536 for seven in their first innings. In reply, the visitors galloped to 275 for three, thanks mainly to brothers Andy and Grant Flower. While Andy scored 115, Grant fell four runs short of his ton. A collapse ensued and they were bundled out for 322. Following on, Zimbabwe could muster just 201, thanks mainly to Alistair Campbell and Andy Flower’s resistance, but that couldn’t prevent them from conceding victory by an innings and 13 runs. From the jaws of turgid draw, India snatched a win in the only Test.

By the time Andy Flower hung his boots in 2002, he played five Tests in India, during which 820 runs were scored off his willow, at an average of 117.14, inclusive of three hundreds and four fifties.