WG Grace won the toss and decided to bat. However, before he walked out to the centre, he was surprised, not-too-pleasantly.

On August 20, 1888, WG Grace was left in an awkward predicament by elder brother EM at Cheltenham. Abhishek Mukherjee elaborates.

Test cricket came too late for EM Grace who was, in the early 1860s, the greatest batsman in the world ( beyond question the most dangerous bat in England, wrote Wisden). He broke the shackles of orthodox batting by slogging off-side balls towards the leg in an era when cross-batted strokes were considered vulgar and were generally hooted at.

EM also bowled fast round-arm in his early days and under-arm lobs as he aged; and he fielded almost on the pitch at short point, where he took some truly astonishing catches. The only thing that man cannot do in the cricket field is keep wicket to his own bowling , was the general view.

Unfortunately, this incredible man had to take a backseat once his younger brother came to the forefront. WG even usurped EM s moniker of The Doctor, and EM had to remain content with being The Coroner. He made up for such trivialities by siring eighteen children.

The brothers shared an excellent rapport despite their fierce competitiveness on the field. EM once tried to trick WG by convincing them to ferry them to the ground (they were on opposite sides) and the plan backfired. We have discussed the incident, one of numerous others, in details on these pages.

1888 was a significant season for Gloucestershire. The touring Australians won the first Test but lost the other two as England retained The Ashes. They had won the first 5 tour matches, and at one point they had won 15 and lost 3. Then they lost back-to-back matches against Gloucestershire, Nottinghamshire, England (the second Test), Gloucestershire (again), and an England XI, and after a draw, the third Test.

Defeating a touring side was no mean feat for a county. One must remember that this was no longer the outstanding Gloucestershire of the 1870s (they would finish fourth out of eight teams in the unofficial County Championship).

WG s magical years had gone by, but he still stood like a colossus. His 1,886 runs for the season were 472 more than anyone else s, while he came seventh on the wickets tally. Though William Woof was still as untiring and Frederick Roberts was a good find, the batting replacements had not arrived. At 46, EM, then Treasurer of Gloucestershire County Cricket Club, was all but a shadow of his past.

The incident dates back to the morning of the first of the two matches against the Australians. WG had made up his mind to leave EM out of the XI when he walked out to toss with Percy McDonnell. He duly won the toss and elected to bat.

However, no one had actually informed EM that he had been dropped. EM padded up the moment he got to know of the outcome of the toss. And as the umpires, Frank Farrands and Charles Pullin, made their way to the centre, EM accompanied them. In other words, not only had EM picked himself in the side, he had also decided on his batting position at the top!

This left WG in a predicament. He rushed to Charles William Beal, the Australian manager: Look here, CW, here s a nice mess I m in! Look at EM out there with pads and everything on. He isn t picked!

It was almost impossible to convince EM at that stage. For once WG was forced to act against his will. Meanwhile, an impatient EM yelled out from the crease, come on, WG! The Doctor had no option but to walk out though exactly who was left out remains unclear.

After the match, Beal described the course of events to EM. There was no trace of embarrassment: What! Not picked? I d like to know who is going to leave me out! EM is going to play for Gloucestershire as long as EM likes!

And he did, too, sighed Beal. EM had to be picked for the second match as well, at the same ground, that Gloucestershire won by 8 wickets. He opened batting in each innings and scored 37 and 12. 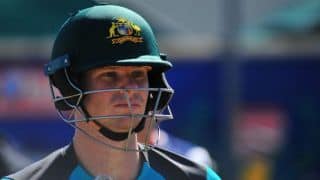 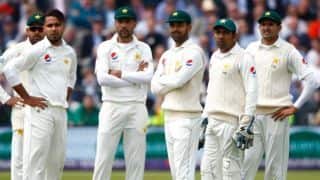