Who else but Shakespeare on the World Book and Copyright Day?

Who else but Shakespeare on the World Book and Copyright Day?

April 23 is celebrated as World Book and Copyright Day throughout the world.

By Arunabha Sengupta and Abhishek Mukherjee

April 23 is celebrated as World Book and Copyright Day throughout the world. The occasion was initiated in 1995 by UNESCO to commemorate the death anniversaries of Miguel de Cervantes, William Shakespeare, Josep Pla, and Garcilaso de la Vega. Arunabha Sengupta and Abhishek Mukherjee look at “the other” William Shakespeare on the auspicious day.

This article dealeth not with thy William Shakespeare who was not’d f’r his ken of moe things in heaven and Earth than were dreamt in po’r Horatio’s philosophy. This is a tale told of Wing Commander William Harold Nelson Shakespeare, OBE MC AFC, a forgotten batsman of sorts who play’d 26 First-Class matches f’r Worcestershire without much ado f’r the scorers.

Born in Worcester on August 24, 1893, Shakespeare was moe fame’d as a Pilot in the Royal Flying Corps (later beknownst as Royal Air Force). The Military Cross was granted in 1918 after with valour he bore the yoke of patrols twofold in weather outrageous and fire that blazed and  burn’t.Thus was he named “a gallant and determined pilot”. A few months hence he didst win the Air Force Cross. He was, after all, a singularly brave man: he knew that cowards die many times ‘ere their deaths; the valiant nev’r tastes of death but once.

Shakespeare (ah, what’s in a name?) made his First-Class debut against Warwickshire at Edgbaston in 1919 and scor’d 62 and 67 undefeated both times against the arrows and traps of the bowlers. Unfortunately, the second-innings score remain’d the highest tide in his affairs of First-Class cricket. He scor’d only two fifties moe in all his days, afore his exit with 789 runs at 19.72.

But he play’d on till 1931, f’r he knew that if cricket was the food of love, one shouldst play on. The course of his true love f’r the sport nev’r did run smooth. Unkindness of fortune did defeat his bat oft, but never tainted his love for the sport. As long as thither was summer ’twas a bat he could see ’ere him, the dudgeon towards his hand. The dilemma of being ’r not being struck him thereafter, and his mind’s eye told him to quit First-Class cricket f’r good. He did.

Anon did he turn one of the pioneers of air — of military and civil transport aviation. He was the Captain of the first pan-European flight from London of the Globe to Athens — that ancient land from whence Timon hadst sprung. If he couldst, he would belike hast put a girdle about the Earth in forty minutes. Shakespeare went on to become the President of RAFA and Worcestershire County Cricket Club, and play’d a crucial role in arranging the Victory Test matches against Australia, after the last blast of World War II had blown in the ear,  post the last cry of havoc and the last whimper of the dogs of War.

He had seen that death, a behoveful end, would come when it would come. He finally met death in the eye when he breath’d his last at Whittington on July 10, 1976. The world, he knew, was a stage, and his time to leave the stage had come.

In a place far, far aroint from this world of woes and sorrows, he would hast met his favourite Handley Page 0.400 aircraft and his season’d willow. The three didst meet again in thunder, lightning, ’r in rain, when the hurlyburly was done, when the battle was lost and won. Grasping the bat did fly after the merrily summer of life. If it had end’d well, as thou wot, all was well. 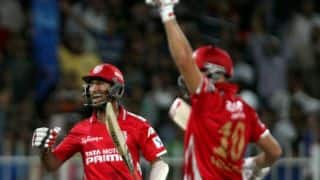 Cheteshwar Pujara wants to play like Jacques Kallis in IPL 2014 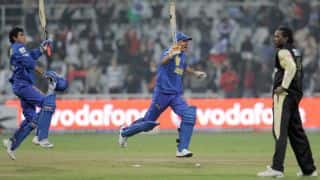