Bangladesh are on a mission to claim a revenge on the touring English team, as they look determined to claim a victory in the ongoing second Test at Dhaka.

Following a close but heart-breaking 22-run loss in the opening Test against visitors England, at the Zahur Ahmed Chowdhury Stadium in Chittagong, hosts Bangladesh are on a mission to take revenge on the touring English team. Bangladesh look determined to claim a victory in the ongoing second Test at the Sher-e-Bangla National Stadium in Mirpur, at Dhaka. With the match, as of now, being evenly poised, and it is a tough call to place the bet on the winning team. However, going by the performance, Bangladesh have been the better side, after having come close to win the opening Test. Ayush Gupta analyses why the hosts should win this tie and level things up. LIVE Cricket Scorecard: Bangladesh vs England, 2nd Test at Mirpur

Considering Bangladesh’s performance in the match so far, they have been shaky with the bat. However, talking about the positives, it was again their veteran and star opener Tamim Iqbal, who has again managed to live up to his, as well as the team’s expectations, as he managed to score his eighth ton in Test cricket, which included 12 boundaries, and a strike rate of 71. In Bangladesh’s batting line-up he has been the only man so far who has scored heavily, not just in this match but in the entire series. He was also the star of their batting line-up in the opening Test at Chittagong, where he scored 87 runs.

Tamim’s consistent performance in Test cricket and his current form is good news for Bangladesh cricket, as they indeed needed a class opener, who could give them a strong start and make the top order do most of the work. Although, he couldn’t fare well in the second innings in this match, as he managed to score 40 runs; he still has more or less done his part as an opener. The remaining batsmen must ensure this as their job to support his brilliant performance in the series so far, and allow themselves to put up a commanding performance with the bat. Bangladesh should win this tie, if not for themselves, then at least for Tamim, and award it as a gift to Tamim for his brilliant performance with the bat. Bangladesh vs England, 2nd Test, Day 3, preview and predictions

Analysing more on the batting line-up, Mominul Haque, who was also one of the stars in the first innings of this game, could be one of the probable reasons, if Bangladesh deserving to win this tie. Although, he has failed to fire in the second innings, getting dismissed for a mere single, he was indeed going well in the first innings, as he contributed crucial 66 runs, and owing to which Bangladesh were successful in having a mild 24-run lead in the second innings. Thus, Mominul could also be the man why Bangladesh could win this tie.

Speaking more, it could also be because of Imrul Kayes, who has been in good form, especially in the second innings of the match, as he has contributed decently so far, with a classy innings of 59. He remains still unbeaten in the game, and is most likely set for a big innings. Now, if Kayes manages to stick with his brilliant game play as of now, and doesn’t fall prey to the early morning conditions on Day Three in Wednesday, he would most likely set the road clear for a Bangladesh win, as the hosts currently lead by 128 runs, and it is for very this man, that they can settle a score with the touring English side. Day 2 Report: Bangladesh go to stumps with 128-run lead

Apart from the batsmen, the bowlers are also the reason why Bangladesh should win this tie, as it has to be for Mehedi Hasan, who has been the star of the Bangladesh bowling attack of late. The right-arm off break bowlers was also one of the star bowlers in the opening Test at Chittagong, as he claimed seven wickets in the match, including a six-wicket haul in the first innings. As for this match, he has been the star again, following another six-wicket haul for 82 runs, with an economy of three, thus allowing England to skittle for 244, and awarding Bangladesh a slender, but a crucial 24-run lead. Therefore, Bangladesh should at least win it because for Mehedi.

However, the last man, who also needs to be mentioned, is Taijul Islam, who has claimed three wickets in the first innings, could also be one of the factors why Bangladesh should win this tie. However, it should also be noted that he needs to come up with a similar performance, as he came up with in the first innings. Restricting England to a low total, along with good co-ordination with Mehedi Hasan, the left-arm slow orthodox spinner could well be on the list, why Bangladesh could possible manage to win the tie. BAN vs ENG, 2nd Test: Moeen Ali vs Shakib Al Hasan and other key battles

Therefore, judging by the above players and their performance, it is certain that if few of these players get going, Bangladesh could on be on their way to register a historic win. However, apart from these players, few names could also possibly spring out of the box, depending on whose performance, Bangladesh should actually win this tie. One of those names has to be Bangladesh’s star all-rounder Shakib Al Hasan. Shakib is undoubtedly one of the prime all-rounders in any format in world cricket at present. Although, he is yet to fire in this series in both the departments, but ruling him out of the performance box would be disastrous, and taking his shaky form of late for granted would indeed lead to heavy tragedy for England’s winning campaign. 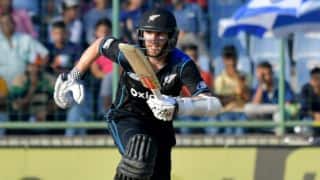 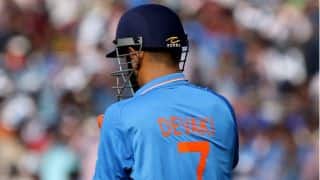