In an interview to Times Now, N Srinivasan, the president of Board of Control for Cricket in India (BCCI), has once again repeated his by-now-familiar refrain that he has been a victim of a concerted media attack, l’affaire son-in-law Gurunath Meiyappan’s involvement in the Indian Premier League (IPL) betting and spot-fixing scandal that rocked the cricket world in May this year. 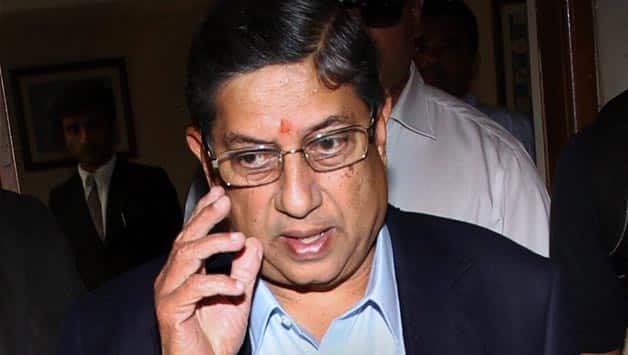 In an interview to Times Now, N Srinivasan, the president of Board of Control for Cricket in India (BCCI), has once again repeated his by-now-familiar refrain that he has been a victim of a concerted media attack, l’affaire son-in-law Gurunath Meiyappan’s involvement in the Indian Premier League (IPL) betting and spot-fixing scandal that rocked the cricket world in May this year.

The importance of being BCCI boss

“I was on the front page, occupying the entire front page for almost 12 to 13 days,” complains Srinivasan. “I am not that important or the BCCI is that important, especially at a time when all kinds of things are happening in the country. Eighty-one pieces were written about me … during that period, and 10 or 11 editorials. Now, this is not news. This was a savage attack on me.”

The BCCI is indeed important to the cricket-loving people of this nation, for it is India’s national governing body for all forms of cricket — easily the most loved and the most followed game in India.

As for Srinivasan’s importance, if he had chosen to remain just as an industrialist — the managing director of a cement manufacturing company, etc. — he would have been just another businessman and “not that important” to the cricket-loving public and the media. But unfortunately for Srinivasan, he also happens to be the incumbent president of the BCCI. So, Srinivasan is also “important” to us. That is, as long as he is in charge of the BCCI, which is in charge of managing cricket, the game that the people of India have elevated to the status of a religion.

And, there are bound to be reams and reams written on what Srinivasan did or failed to do in his capacity as the top honcho of the cricket body of the country. His every word and action will be scrutinized, as they are now. He has to learn to live with it if he wants to continue to associate himself with Indian cricket as an administrator. He cannot say that he is not answerable to the cricket-loving public of India.

Nothing private about BCCI

Unfortunately, Srinivasan’s words in the said interview betray his inability to understand this basic fact. Justifying his continuance as the BCCI chief, Srinivasan says, “The BCCI is a private body. The members of the BCCI have expressed and reposed confidence in me. At the recently concluded Annual General Meeting (AGM), although it was the south zone’s turn and I was proposed unanimously, the question that was put to the members by the secretary of the board was that in spite of all that has been stated and all cases that are pending, were the members still unanimous in wanting me to be the president? The members said yes. That’s all I have to say.”

In short, Srinivasan implies that the BCCI is a private body and he is accountable to only the members of the BCCI and not to anyone else. Once again, Srinivasan is wrong.

In a communication to the Central Information Commission (CIC) in December 2011, the Union Sports Ministry informed that the BCCI takes “indirect funding” and other assistance from the government like customs and tax concessions and discounted land for building stadiums, and hence it should be considered a national sports federation (NSF). One of the supporting documents attached to the ministry’s communication to the CIC contained a request from Ratnakar Shetty, BCCI’s then chief administrative officer, requesting the ministry to certify that the BCCI was an NSF to avail of customs duty exemption on import of ground and pitch equipment from abroad. That was in September 2007. The ministry granted the certificate on September 19, 2007, saying that the BCCI “is the recognised NSF responsible for the promotion of cricket in India.”

That aside, although BCCI is technically a registered society and is a private club consortium, yet it is allowed to present itself as India’s cricket board and use the Indian national flag in international events. In other words, when people support Team India, they support their national team and not the team of a registered society. The unwritten but legally sustainable understanding is that the BCCI is allowed to run the show as long as it does not indulge in corruption and nepotism and does not do anything that goes against the spirit of the game or the trust placed in it by the people and the government.

The long and the short of it is, if the Indian government decides tomorrow to take over the administration of cricket in the country (God forbid), it is well within its rights to do so, and the BCCI will become a footnote in the annals of Indian cricket in such an eventuality. The BCCI mandarins should always bear this in mind and should never think that they are divinely ordained to govern cricket in India or that they are bigger than the game or the nation.

Recuse and nobody will accuse you

And responding to the demand that he quit his position till the investigation into his son-in-law Gurunath Meiyappan’s involvement in the betting and spot-fixing scandal is completed, Srinivasan says, “As I said, I stand for what I do. If I have done something wrong then yes, my conscience wouldn’t permit me. . . . I never get sleepless nights. I sleep well. . . . You have to understand that I did not get involved in the investigation on Gurunath. When this issue was raked up, I stepped aside. There were these two judges appointed by the BCCI. I wasn’t present in the room when the meeting was held to pick this panel [Really, Mr. Srinivasan!]. . . . Do not put me in a position of an accused because I am not accused of anything. In my mind, there is no double standard.”

Srinivasan is yet again wrong. Nobody has charged Srinivasan with involvement in betting or spot-fixing in IPL. He is not at all an accused. He just happens to be the father-in-law of one of the accused who allegedly used his position and access to the Chennai Super Kings (CSK) team to indulge in betting/spot-fixing. Besides, Srinivasan also happens to be the owner of the CSK franchise, some of whose members could have — knowingly or otherwise — helped Gurunath in his alleged misdeeds. And given his position as the BCCI president, Srinivasan is, no doubt, in a position to influence/undermine any probe into the role of his son-in-law and possibly some members of his franchise CSK in the IPL betting and spot-fixing scandal.

In this context it is worth recalling what Lord Chief Justice Hewart said in the famous R V Sussex Justices, Ex parte McCarthy case in 1923:  “. . . it is not merely of some importance, but is of fundamental importance that justice should not only be done, but should manifestly and undoubtedly be seen to be done.”

In other words, to ensure that not only justice is done but it is also seen to be done in the IPL betting/spot-fixing case involving his son-in-law and franchise, Srinivasan should have recused himself and stayed away from the BCCI till both Gurunath and CSK are exonerated. The fact that he has failed to do so makes him suspicious in the eyes of the people. Tomorrow, even if Meiyappan is acquitted in the case, the presence of Srinivasan in the BCCI will have diluted the not-guilty verdict.