Why Sachin Tendulkar is not my favourite Indian cricketer

Why Sachin Tendulkar is not my favourite Indian cricketer

Yuvraj, Dhoni, Sehwag, and Dravid hold a place in my heart that even the sheer genius of Tendulkar has not been able to surpass.

Ask most Indian kids of the 1990s (or even 2000s) who their favourite cricketer is, and you will most likely be told it is Sachin Tendulkar. There was no escaping him throughout the 1990s. People might not have known the name of the President of India, but you would be hard-pressed to find someone who did not know of Tendulkar. He was on billboards, in advertisements (with or without Shahrukh Khan), and on the covers of most newspapers. Sachin Tendulkar calls on cricketers to respect their opposition

I knew who Tendulkar was, even when I did not necessarily know what cricket was, beyond it being a sport. You see, the 1990s me was far more interested in Batman, X-Men, Dragonball Z, and other cartoons. Cricket never interested me as a child. It was something my father used to watch, because of which I would sometimes miss my favourite cartoons. IPL 2015: Try to emulate Sachin Tendulkar, Rahul Dravid while playing on Indian pitches, says Lendl Simmons

The first match I ever watched willingly (well, it was a friend’s birthday party, and no one wanted to play musical chairs so I didn’t have much of a choice) was the famous India-Pakistan clash at Centurion. Tendulkar’s 98 was my first brush with his genius, and in some ways the reason I started watching cricket at all. An Indian All-Star Cricket XI

And yet, in my formative years as a cricket fan (very, very roughly this would have been between 2003 and 2006) Tendulkar was never my favourite batsman. I remember asking my father whether Rahul Dravid’s 233 at Adelaide in 2003 was the highest score of all time, so unbelievable was the concept of a double century in my mind. Though Tendulkar scored 241 not out just a couple of games later, it was Dravid’s knock that stayed with me longer.

Virender Sehwag’s 309 against Pakistan the following year at Multan will forever be etched in my memory, but I struggle to remember the shots Tendulkar played in his 194 not out in the same innings. Cricketers and and their contrasting personalities

On India’s next tour of Pakistan, Irfan Pathan’s hat-trick gave me a new hero. If I were to think back to my favourite spell of all time, those three balls to Salman Butt, Younis Khan, and Mohammad Yousuf will come to mind immediately. Irfan Pathan takes hat-trick in first over of a Test match against Pakistan

In the meanwhile, Yuvraj Singh became India’s best ODI batsman. He was enjoying a purple patch that would see him score 4,282 runs in 117 matches at an average of over 46 with 10 centuries between 2005 and 2009. My love for the sport also coincided with India’s famous 17-match chasing streak where Yuvraj and MS Dhoni were soon India’s ODI stars.

From Dhoni’s 183 not out against Sri Lanka at Jaipur in 2005 to the remarkable 146-run partnership between him and Yuvraj against Pakistan in 2006, ODIs were never all about Tendulkar for me. Though I was born well before Tendulkar’s desert storm in 1998, I would read about it only much later. For me, it was never a case of switching off the TV once Tendulkar was dismissed, because Dravid, Yuvraj, or Dhoni would end up winning India the game anyway. Sachin Tendulkar turns mechanic at BMW workshop for special edition car

As for getting starts, Sehwag was the one who would ravage the opposition early on. Yuvraj and Dhoni would again be the ones to provide the late flourish, so even while Tendulkar was scoring runs he was not the one I would want to watch the most.

As a result, my heroes were the likes of Yuvraj, Dravid, Sehwag, Irfan, and Dhoni. Watching Irfan taking a wicket in his first over, or Yuvraj and Dhoni finish games more often than not brought such joy to me that all of Tendulkar’s exploits since were never able to match up to the childhood euphoria that made me love the game.

Tendulkar has played several innings of tremendous importance for India since those early cricketing years of mine, and my respect for him has surged since; but the childhood memories of Yuvraj, Irfan, Dhoni, Sehwag, and Dravid hold a place in my heart that even the sheer genius of Tendulkar has not been able to surpass. 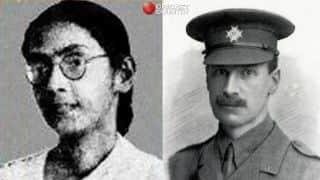 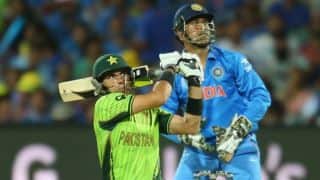 India vs Pakistan: An exciting contest to look forward to