McCullum and Williamson’s cricketing approach is polar opposite: while one follows attacking brand of cricket, the other is cool-headed and calm.

Brendon McCullum, the Baz of New Zealand cricket, recently called it a day from the international circuit and passed on the reins to the charismatic classicist Kane Williamson. McCullum, also popularly known as B-Mac, balled over the cricket fans across the globe by his decision of retiring before ICC World T20 2016. Known for his outrageously belligerent batsmanship, all of us wanted to see the people’s champion take guard for one last time in an ICC T20 event. But that’s not going to happen. However, McCullum’s and Williamson’s cricketing approaches are polar opposites: while one follows an attacking brand of cricket, the other is cool-headed, calm and conventional. Also read: T20 World Cup 2016: New Zealand’s mixed bag of bowling options keeps them on course

He was a great leader of men, McCullum’s captaincy will not be missed sorely by the New Zealand. The last time he played a T20I was in June last year. Since then, Williamson held the Black Caps fortress in 8 matches, and his men emerged triumphant 6 times, winning series against Pakistan, Sri Lanka and Zimbabwe and levelling one against South Africa. What makes it more prolific is the number of runs he amassed in the matches he captained: 369, including 3 50-plus scores. Considering these facts and figures, no doubt Williamson is all set to help New Zealand clinch its maiden World T20 title.

However, McCullum has been New Zealand’s talismanic player for over a decade, and inarguably, his services will be missed at the top of the order in the 6th edition of ICC World T20. Nonetheless, the way McCullum batted, he never cared for stats and figures. Also read: Brendon McCullum, we miss you: India vs New Zealand, from an Indian cricket-lover’s perspective

In fact, McCullum’s leadership statistics are not as impressive as his batting, as he has won only 12 out of the 28 T20Is he captained for New Zealand.

On the other hand, McCullum averaged 35.66 in T20Is, and is heads and shoulders ahead of anyone else in terms of aggregate runs. His T20I average is astonishingly more than his ODI average, 30.41. His 2,140 runs are way ahead of Tillakaratne Dilshan’s 1,751 runs under his belt; to add to that, McCullum is the only player to score 2 T20I centuries.

Ever since McCullum played his last T20, ODI double-centurion Martin Guptill has been playing the aggressor’s role. Though Williamson will open the innings with Guptill, New Zealand will miss McCullum’s destructive blade in the batting Powerplay. Also read: ICC World T20 2007: Daniel Vettori hands out India their first T20I defeat

There are many questions that only time can respond to. Will Williamson lead New Zealand as well as McCullum did in ICC events? Will New Zealand miss Brendon McCullum at the top of the order? Only time can tell. 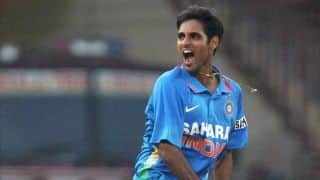 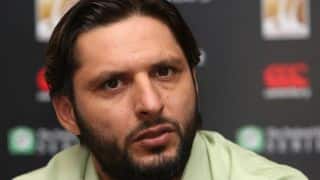