Will Pakistan’s plan to success in Australia stand test of time?

Will Pakistan’s plan to success in Australia stand test of time?

Pakistan can hope for a series win if they continue to stifle the Australian batsmen and bat responsibly.

The seeds were sown in the first ODI at The Gabba, Brisbane when a disciplined Pakistani spin attack nearly had Australia on the mat. However, Glenn Maxwell and Matthew Wade had taken the game away from Pakistan on that occasion. Their batsmen s muddled approach saw the visitors succumbing to their 16th defeat on the trot in Australia across formats. Pakistan got another opportunity to execute what they had formulated against Australia for the limited-overs leg. It seemed to be an encore of Brisbane: Australia batted first at Melbourne, and David Warner s inexplicable slump continued. Unfortunately, there was no Maxwell and Wade to rise to the occasion this time. The execution was near-perfect. Their spinners did an excellent job of containing Australia on a benign wicket at Melbourne, paving way for a historic win of sorts.

In hindsight, Pakistan would still have sailed past Australia s total of 268 for 9 at Brisbane had their batsmen shown more intent. The starts in both chases remained identical: Pakistan wanted to preserve wickets for any familiar mishap along the journey; at the same time, the stress was on learning more about batting as a unit in Australia. Despite a blown-up attempt at The Gabba, Pakistan s plan came together at Melbourne. Captain-appoint Mohammad Hafeez, making most of a lifeline provided to him by Steven Smith, and scored a match-winning 72.

While Pakistan will breathe easy after their win at Melbourne, what would have surprised them completely is the sight of Australian batsmen crumpling against their spinners. Imad Wasim has led from the front; he is a multi-talented cricketer who does not shy away from giving a sendoff to Smith in his own backyard.

Remember, Smith has remained unbeaten in his last three Test innings at Melbourne. Much was expected of him here. Imad snaffling Smith s wicket, albeit after the batsman chopped on to the stumps, was more than a priced scalp.

Pakistan s win at Melbourne in the second ODI put them at par with Australia in this series, effectively making it a three-match affair now. Pakistan can hope for a series win if they continue to stifle the Australian batsmen and bat responsibly. However, consistency has never been Pakistan s USP, and they face nothing less than a mountainous challenge in order to get the better out of themselves over the next three ODIs.

However, Pakistan s strategy on Australian pitches seems to have come off. The pitches in Australia for limited-overs cricket have been quite different to the ones which are prepared for Tests, even at the same venues. Their spinners are bowling slow and straight, within their limits, challenging batsmen to take on the massive boundaries; they have been ably backed by short spells from fast bowlers. More often than not they are full of runs and getting batsmen out especially heavy-scorers in Smith and Warner for cheap in two matches has been a remarkable achievement.

What Pakistan have been able to accomplish is special. India versus Australia ODI clashes have generally been run-fests irrespective of where the matches were played. But in the last two ODIs, Pakistan have registered moral victories by not restricting Australia to 220 in one match and 268 in the other.

Pakistan have clearly done their homework. They have ensured Australia did not find it easy to rotate strike at Melbourne. Imad has bowled wicket-to-wicket, not trying to do anything fancy; if anything, he merely varied his pace, bowling as straight as he could. There should be no surprises if Pakistan turn up with similar bowling plans in the upcoming games and achieve further success.

It may be too early to judge Australia and that too in a different format, but their struggles ahead of India tour for four-Test series do not give any great sign about what lies ahead. 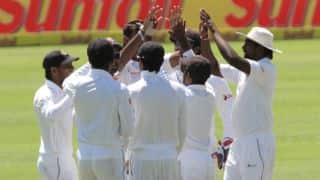