With Sehwag, Yuvraj back in good nick, India holds edge over South Africa

With Sehwag, Yuvraj back in good nick, India holds edge over South Africa

India and Pakistan were involved in two nail-biting encounters in the first edition of the T20 World Cup five years ago. A battle of similar proportions was expected last Sunday, but what the world witnessed instead was one of the most one-sided contests of the tournament. Nevertheless, both these sides still stand a chance of making it to the next round. 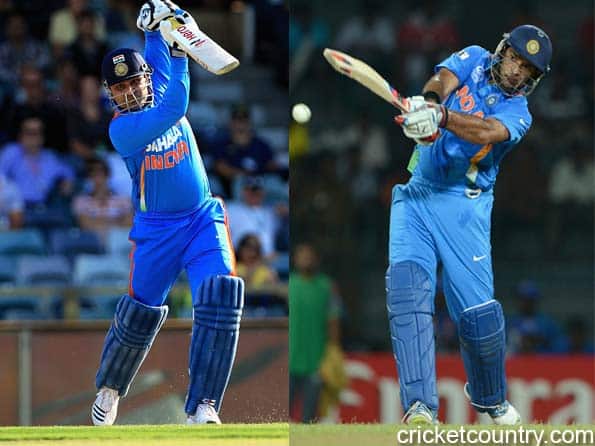 India and Pakistan were involved in two nail-biting encounters in the first edition of the T20 World Cup five years ago. A battle of similar proportions was expected last Sunday, but what the world witnessed instead was one of the most one-sided contests of the tournament. Nevertheless, both these sides still stand a chance of making it to the next round. While Pakistan takes on a seemingly unstoppable Australian side in their next fixture, the Indians are faced with the task of beating a formidable South African unit a criteria they overcame during the 2007 T20 World Cup – to qualify for the semi-finals.

Since the last couple of years, the Indians have been adept at raising the bar on big occasions. On the other hand, the opposition they face on Tuesday are known well to fumble at crucial junctures of a mega event, and things have looked no different this time around, too, considering their performance during the first two games of the Super Eights. The Indians hence hold a psychological edge over the Proteas in this regard, and there s no surprise that they ll look to capitalise heavily on it. That is one chink in the South African armour that remains open even after two decades.

Moreover, the fact that few of the Indian players have struck form must send alarm bells ringing in the South African camp. Yuvraj Singh seems to have been spurred on by a few comments made by notable names in the cricket fraternity, questioning the southpaw s place in the Indian line-up. His every move on the field during the game against Pakistan looked driven, and the fighter that he is, he d want to prove a point to all his cynics. He played his part to perfection and will hope to essay a similar story against South Africa.

Same is the case with Virender Sehwag. The fact that he was dropped for the crucial game against Australia must have made it evident that he cannot take his place in the side for granted. There were no reckless shots played when he was picked yet again for the game against Pakistan. Though he scored just 29, he looked far more prudent with his shot selection. It s difficult to imagine the Delhi opener being dropped for the fixture against South Africa, and in the absence of Sachin Tendulkar, all eyes will be on him to dent the confidence of Dale Steyn and Morne Morkel early during the innings.

From South Africa s point of view, they ll want their top-order to fire. Richard Levi and Hashim Amla have looked out of sorts, and all-rounder Jacques Kallis too has performed way below expectations with the bat. It d augur well if an aggressor like AB de Villiers can promote himself up the order, because there s no point hanging around till the later stages of the innings with hardly any balls to spare. A batsman of his calibre deserves to play more overs, and it could make a world of difference to South Africa s total at the end of day.

Frailty against spin is another drawback the South African batsmen will be aware of, and this is where Ravichandran Ashwin can be an asset for India. He s been in sublime form for most part of this tournament, and, if anything, the game against Pakistan would have come as a shot in the arm.

The two teams last met at an International Cricket Council (ICC) event during the 2011 50-over World Cup, with South Africa managing to trump India out of nowhere. In T20 Internationals though, the teams have met six times, with India winning four. Moreover, India can boast of having beaten South Africa by 14 runs during the last ICC World T20 held at West Indies a game which saw Suresh Raina score a thunderous century.

Can South Africa manage to pull one back today?

Video: Say It Out!! See what fans have to say about the ICC World T20 clash between India and South Africa 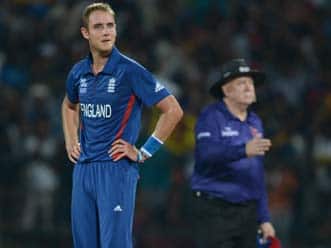