Australia rode a wonderful gesture of sportsmanship to win a cliff-hanger against India in the 1987 World Cup.

On October 9, 1987, Australia rode a wonderful gesture of sportsmanship to win a cliff-hanger against India in the World Cup. Arunabha Sengupta recalls the day when 2 runs added during the innings break proved decisive.

Dean Jones liked to step out to spinners. He had given ample evidence of his tendencies during the Tied Test between the same two teams at the same ground one year earlier.

Now, as Maninder Singh bowled in the third match of the 1987 Reliance World Cup, he got stuck into the hit towards long-on. The tallest Indian fielder stood there and he leaped. But, the ball eluded Ravi Shastri and landed behind him.

According to Jones, it cleared the rope by at least a metre. However, Kiran More, who had been squatting behind the stumps, later said that it did not look like a six.

Dickie Bird asked the fielder, and Ravi Shastri signalled four. Bird took his word for it. The scoreboard moved forward by 4.

Australian coach Bobby Simpson recalls, “I was very disappointed with Ravi over that. We were not very far from where that ball crossed the boundary. There was no doubt at all that it was a six.”

Jones had a word with Bird and the umpire responded that they would talk about it after the innings. Australia ended at 268 for 6.

During the break, the Australian manager Alan Crompton went vocal saying that he did not agree with the decision. There was a conference between the Australian team management and the umpires, Bird and David Archer, following which the two officials approached the Indian skipper, Kapil Dev. The great all-rounder, in a sterling demonstration of sporting spirit, agreed to it being called a six.

When two runs were all that mattered

When Sunil Gavaskar and Krishnamachari Srikkanth walked out to bat, the total had been readjusted to 270 for 6.

It did not seem to matter with India getting off to a flier. Uncharacteristically, Gavaskar romped to 37 off just 32 balls. Srikkanth flashed his way to 70. And then debutant Navjot Sidhu stunned all by spectacularly demonstrating that his strokeless wonder days were way behind him. Hitting sixes at will, he raced to 73 off just 79 balls.

With the rock-solid Dilip Vengsarkar at the other end, India were 207 for 2 with almost 15 overs remaining. The additional 2 runs seemed destined to be relegated to a flimsy footnote. However, it was now that Allan Border brought back Craig McDermott, a ploy he was to use throughout their triumphant campaign.

The big pace bowler used subtle changes of pace, well-disguised off-spinners and cutters, and soon had the middle order in trouble. Sidhu was bowled, playing all over a slower ball. Mohammad Azharuddin also had his stumps disturbed. Vengsarkar went for a needless hoick to be caught at mid-on. Shastri was deceived by a slower one and hit it back to the bowler.

Even then, after the havoc wrecked by McDermott, India needed just 16 off the last 4 overs with 4 wickets in hand. Kapil and More were at the crease with Roger Binny and Manoj Prabhakar to follow.

And then, Kapil holed out off Simon O Donnell. At the same score, Binny chanced the arm of Jones and the electrifying fielder hit the only stump he could see.

More struck Steve Waugh for 2 fours to the leg side, but at 265, Prabhakar pushed to cover and sprinted down the wicket, and Border threw down the stumps with his bull s-eye accuracy.

The last over began with the No. 11 Maninder Singh, facing Steve Waugh, with 6 required to win. It surely engulfed the Indian spinner in a sense of d j vu, with the last moments of the Tie of 1986 still fresh in memory.

Now, Maninder played one beautifully past point for a couple, and then turned another neatly to backward of square for two more.

Waugh ran in with 2 required off 2 balls. Jones later admitted that an eerie feeling of “been there, done that” was running through his mind as he willed Maninder to hit it in the air to him at mid-on.

The ball was dead straight and Maninder missed it. The Indians heard the death rattle.

The home team was all out for 269 1 more than the score that Australia had finished at but 1 less than the one they had walked out to chase.

Kapil Dev s magnanimity had backfired and India had lost by the closest margin ever in a World Cup. The 2 runs added during the break had proved decisive. 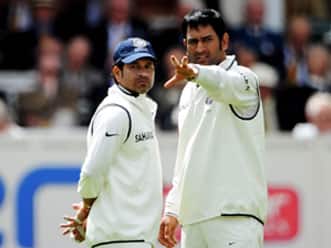