With 98 days to go, in our latest World Cup Countdown, we recall Gary Gilmour's superb all-round show against England.

In the build-up to the 2019 ICC Cricket World Cup, CricketCountry brings to you the most memorable moments and matches from the Cricket World Cup right from its first edition, way back in 1975. With 98 days to go, in our latest World Cup Countdown, we recall Gary Gilmour‘s superb all-round show against England.

Gary Gilmour, a little-heard-of bowler from Australia, stormed his way into the record books, helping his team make it to the final of the 1975 World Cup. Playing in only his third career ODI, he chose the most opportune of occasions to announce himself to the world when he dominated the World Cup semi-final against England both with the bat as well as ball.

Australian skipper Ian Chappell won the toss and chose to bowl first on a pitch where barely 10 days back his side posted 278 batting first against a decent Pakistan bowling attack. However, his decision, which was influenced by overcast conditions, grass on the pitch and breeze, was vindicated by his new-ball bowlers Dennis Lillee, Gilmour and Max Walker as they bowled out England for a paltry 93 by sharing 10 wickets amongst them. Six of those were taken by Gilmour, who was playing his first game of the tournament and added variety to the Australian attack with his left-arm medium pace bowling.

Such was the impact of the doubt he created in batsmen s mind that four of his six scalps were dismissed Leg Before Wicket (LBW), while one was cleaned up and the remaining one caught behind the wicket beautifully by Rod Marsh. He took six of the top seven English batsmen, which explains simply how good he was that day. Gilmour ended the match with figures of 12-6-14-6, thus becoming the first bowler in ODI history to take six wickets in a match. His spell was even rated by Wisden as the best-ever in ODI history.

This was the story up to the half way mark and if you think Gilmour had played his part in the game, you are wrong.

Australian team would have expected the chase to be a cakewalk. The presence of Chappell brothers and Doug Walters only confirmed this perception. However, the script that unfolded in the second half was in complete contrast of what was expected, as Australia were soon reduced to 6 for 39. Chris Old and John Snow did to Australia what Gilmour and Walker did to England, as the team from Down Under was in all sorts of trouble chasing a modest 94.

With 55 runs more to win and four wickets remaining, Gilmour the batsman walked in.

He had never batted before in an ODI, but that did not matter. He carried the momentum from his bowling spell and translated it into an equally good batting effort as his run-a-ball 28 and an unbroken stand of 55 with Walters took his side into the final of first ever World Cup. It was an easy call, adjudging Gilmour the Man-of-the-Match. 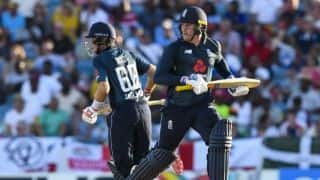 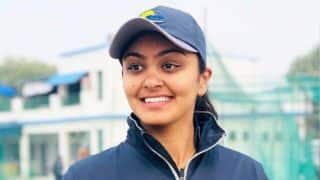