World Cup Countdown: A history of the 2007 World Cup

World Cup Countdown: A history of the 2007 World Cup

Spread across 47 days, the cricket was often mediocre and the reaction form the locals muted.

In the build-up to the ICC Cricket World Cup 2019, CricketCountry brings you the most memorable moments and matches from the tournament over the years right from its first edition, way back in 1975. With 10 days to go, in our latest World Cup Countdown we recap the eight edition of the tournament, held in 2003.

The tournament organisers had hinted at changes to the format after South Africa misread the Duckworth-Lewis charts against Sri Lanka during the 2003 World Cup, but what transpired four years later in the West Indies was an even more muddled and laborious World Cup.

Spread across 47 days, the longest tournament ever, the cricket was often mediocre and the reaction form the locals muted. The 2007 World Cup lacked the distinctive Caribbean flair that had been promised, was hit by controversy and the shock exit of India and Pakistan during the first round, as well as poor administration whose exorbitant pricing of tickets left put many off.

As in 2003, Australia s domination meant this was another dour World Cup. India and Pakistan were ousted early, and the progress of Ireland and Bangladesh dashed the concept of the best eight teams on the world progressing to the Super Eight stage.

The ICC s idea to schedule heavyweight clashes in the Super Eights on different days was made to look horribly wrong, though obviously had India and Pakistan been there it would have been a different story, and thus a seven-week long tournament was made to feel even longer with a series of mismatches.

Ultimately, the 2007 World Cup will be remembered for the horrible death of Bob Woolmer, resignations, retirements and sackings. It is a shame that the Caribbean carnival promised was never allowed to blossom. 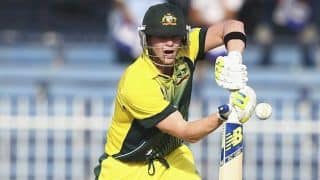 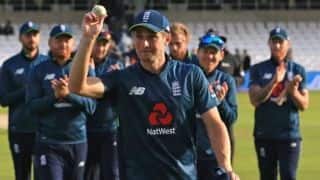 Cricket World Cup 2019: Until you hear it from selectors' mouths, it's not quite set in stone: Chris Woakes on World Cup 2019 selection