A day after Pakistan were knocked out of the 2007 World Cup, Woolmer was found dead in his hotel room.

In the build-up to the 2019 ICC Cricket World Cup, CricketCountry brings to you the most memorable moments and matches from the tournament over the years right from its first edition, way back in 1975. With 31 days to go, in our latest World Cup Countdown, we rewind the tragic day when Pakistan coach Bob Woolmer was found dead in his Jamaica hotel room.

In the early hours of March 18, 2007, Woolmer’s body was found in room 374 on the 12th floor of the Pegasus Hotel in Kingston, the day after Pakistan were eliminated from the World Cup by Ireland.

Woolmer was found lying naked on his back in his hotel bathroom, his legs spread apart and there was blood around his mouth and vomit splattered across the bathtub and walls. That the 58-year-old was on medication for diabetes was known, but to find Woolmer dead in such circumstances just hours after Pakistan’s exit was shocking.

His death prompted speculation of links to illegal betting syndicates, but the police were quick to state that there was no evidence to suggest bookmakers were responsible.

Still, conspiracy theories unfolded rapidly. Was it the work of a bookmaker who had lost millions? Was it an enraged Pakistan cricket fan? Was it the underworld? Was it someone from inside the Pakistan team? Some even linked Woolmer’s death to Islamic terrorists. (READ: Was Bob Woolmer murdered?)

What added to the mystery was the probe undertaken by the Jamaican police, under the charge of lead investigator Mark Shields, at the time serving as deputy commissioner. British-born Shields, also a former Scotland Yard detective, declared the cause of death as “asphyxia as a result of manual strangulation” and stated that Jamaican gangsters were not responsible for Woolmer s death and then suggested that a towel could have been used for strangulation.

It added to the chaos.

On March 24, as the Pakistan team was about to board a flight to London from Montego Bay, some 30 miles from the scene of tragedy, Inzamam, assistant coach Mushtaq Ahmed and manager Talat Ali were detained for questioning over supposed ‘ambiguities’ in their statements. As they walked out after questioning, reporters screamed at them – “Did you kill Woolmer?” (READ: Bob Woolmer: Much more than a mysterious death)

Elsewhere, Shields kept reporters engaged with his statements in hastily arranged press conferences. Talat Ai had changed his name into a false one at Pegasus after Woolmer s death. There were unexplained scratch marks on Mushtaq s face. And there were cuts on the bridge of the nose of the dead man.

The departure of the Pakistan team was accompanied by murmurs of Asian betting syndicates, three missing Pakistan officials and severely irate Pakistan fans.

Younis Khan described the week after Woolmer s death as the worst of his life.

“At one stage I got so angry with the way we were being treated I told the Jamaican authorities we are international cricketers not criminals,” he said. “I told them why are you suspecting us of murdering Woolmer. In him we have lost a father figure.”

A month after Woolmer’s death, the investigation had stretched across three continents, and more than 400 people were interviewed. However, nothing concrete was unearthed. 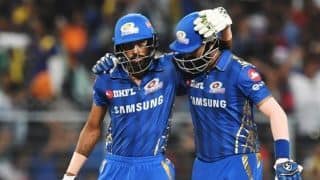