An iconic venue in south London, The Oval is not just known for cricket.

LONDON: Associated with the unmistakable giant gas holders that have buttressed its boundaries since 1853, The Oval, or Kennington Oval and Kia Oval as it is now known, is the oldest Test ground in England and second in the world, after the Melbourne Cricket Ground. It is where the Ashes legend was born.

The Oval hosted its first Test match in September 1880. To date, 101 Tests have been held here. It is home to Surrey County Cricket Club, current winners of the County Championship, since 1845. It is steeped in history.

Walk into any of the gates, and those who run it let make you aware of the ground’s past and Surrey’s achievements. Inside and along the perimeter of Kennington Oval, there are sepia-toned photos of the venue’s past. Along the red-bricked periphery, black and white images of Alec Bedser, Jack Hobbs, Ken Barrington, Jim Laker, Tony Lock, George Lohmann, Peter May, Intikhab Alam, Alec Stewart, Micky Stuart, Graham Thorpe, Mark Butcher and many more central figures to Surrey cricket are impossible to ignore.

One section of the brick wall lists out each instance of Surrey winning the County Championship. The front entrance pillars have large photos of current Surrey men’s captain Rory Burns and Natalie Sciver, skipper of the women’s team.

Inside the corridors of the stadium, more photos remind you of the scenes of great achievements at The Oval.

Denis Compton and Bill Edrich running through a swarm of fans after England beat Australia here in 1953. A stand full of West Indies supporters, heartily cheering on their team in 1963. Another of Caribbean supporters running onto the field after West Indies beat England in that same Test.

There’s a photo of Viv Richards, feet up on the balcony with a glass of bubbly in his left hand, after scoring his Test-best 291 against England in 1976. Next to that is one of Michael Holding, a drink in his right hand and left one raised to the fans after he claimed 14 wickets in that same match which West Indies won by 231 runs.

A ways down, there’s one of Phil Tufnell swigging champagne with a cigarette in his hand, after taking 11 wickets against Australia in 1997. Inside one of the hospitality suites, coloured photos of Ian Botham, Alec Stewart, Shane Warne and Garry Sobers greet you as you enter.

It is not just known for cricket, however. In 1870, the first ever ‘international’ football match in England was held here, between England and Scotland.

Details of the match are sketchy. Several reports highlight how this match was not deemed an international fixture because the Football Association arranged it without consulting Scotland, instead picking a team comprised of Scottish players living in London.

In 1872, the first FA Cup final was played at The Oval, between Wanderers and Engineers.

Indeed, the Oval is not just an iconic cricket venue, but a true English sports one. 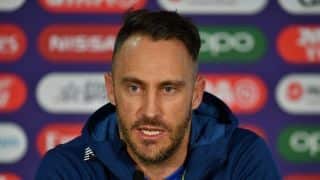 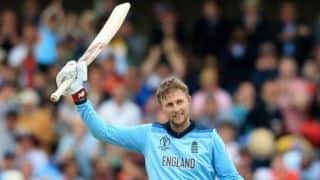