Jonty Rhodes took a world record five catches in a One-Day International against the West Indies on this day in 1993. H Natarajan provides an eye-witness account of the feat which remains unmatched in over four decades and 3300 ODIs. Jonty Rhodes took a world record five catches in a One-Day International against the West Indies on this day in 1993. H Natarajan provides an eye-witness account of the feat which remains unmatched in over four decades and 3300 ODIs.

The word “omnipresent” acquired a new meaning in the English lexicon on November 14, 1993 during the Hero Cup One-Day International (ODI) between South Africa and the West Indies. One man metamorphosed into a combination of Superman and David Copperfield to conjure up catches from nowhere. Jonty Rhodes seemed everywhere the ball was – covering incredible ground, anticipating the ball with a rare sixth sense, sliding and intercepting missiles flying off the bat and, above all, ‘manufacturing’ catches that didn’t appear in the onlooker’s radar.

Rhodes’s gravity-defying acrobatics gave him five catches in different positions of the hallowed Brabourne Stadium. Mike Procter, the South African coach, said: “I have never seen anything like this in my life.” Procter is right to this day — its record that remains unmatched in over four decades and 300-plus ODIs.

Richie Richardson, the West Indies skipper, summed up fittingly in his post-match chat with the media: “We suffered from ‘Jontivitis’!”

Rhodes remains one of the greatest fielding marvels in the history of the sport. His stunning capabilities  transcended most people’s comprehension. Though he mostly patrolled the point area, his ambit of surveillance encompassed a much wider area. The territory around wide gully to his left, to the cover on his right and an expansive region in front of him are high-risk areas for the batsmen when Rhodes was at point. His feline instincts seemingly gave his side an additional fielder. Rhodes amalgamated the talents of some of the best in the business – Derek Randall’s hyper-activeness, Roger Harper’s swooping throws while still off balance, Ian Botham’s capacious hands in pouching catches and Chris Lewis’s footspeed while prowling the field. 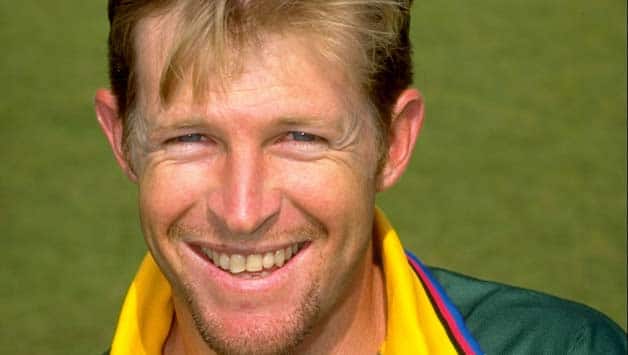 Rhodes gave ample evidence on all those qualities in an extraordinary exhibition of brilliance on a single day.

Richard Snell came in as first change after Allan Donald and Fannie de Villliers opened the South African new ball attack. Snell had Brian Lara miscuing badly and found Rhodes sprinting from backward point to gully and diving a long way forward to take the catch airborne and then go skating on the terra firma!

Phil Simmons was in an aggressive mood, hitting Snell for two boundaries and then lofting Brian McMillan to the long-off fence. It was the brilliance Rhodes that ended his tenure in the middle. Rhodes leapt a long way to his left at short midwicket to pluck the catch one-handed, after Phil Simmons played an uppish drive off off-spinner Pat Symcox.

Rhodes’s third catch was a sitter, for a change — Jimmy Adams slashing Symcox and offering a dolly to Rhodes at point.

By now things were getting steep for the West Indies and Anderson Cummins miscued going for runs. The ball flew to the left of Rhodes at point, but the genius leapt and pulled off another blinder —  one handed — quite effortlessly.

Rhodes fifth catch came when Desmond Haynes — he retired dehydrated by the heat and humidity, but later retraced his steps back to the middle — swung Snell. The ball ballooned to point which Rhodes could have taken it even blindfolded.

After this performance, it would have been fitting if the International Cricket Council had come instituted the “Rhodes Scholarship” for the best international fielder of the year! The effect of watching it on the video does not do even 10% justice to the catches. But it’s still worth seeing that unforgettable day’s at Brabourne Stadium.

Rhodes had earlier contributed an invaluable 40, coming at 52 for the loss of Andrew Hudson, Kepler Wessels and Hansie Cronje and adding 65 runs for the fourth wicket with Daryll Cullinan. There was only one candidate for the Man of the match award, and it doesn’t required a Sherlock Holmes to tell you who! 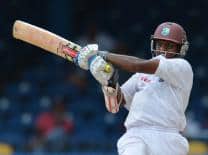