Shruti Chopra dwells into her tarot cards to see what lies ahead in the England vs West Indies ICC T20 World Cup game on Thursday. 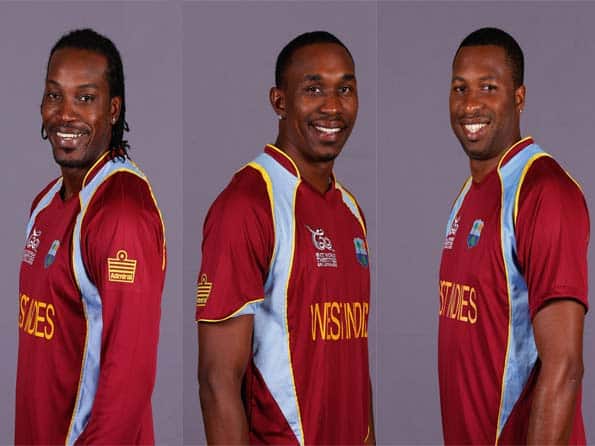 Shruti Chopra dwells into her tarot cards to see what lies ahead in the England vs West Indies ICC T20 World Cup game on Thursday.

The Six of Wands and the Ten of Swords are two extremes – where one depicts victory and joy, the other is all about struggling to pull yourself together. This is exactly how England will appear today. They will have the right balance, but yet will falter because they will be unable to stick to their plans. They will need to be better with their fielding as the Knight of Swords represents a team that acts without clarity of thought. Their batting will be stronger, which they will heavily rely on.

Stuart Broad will bring together all his experiences to present a sensible and aggressive captain, just like the Chariot, where both these approaches are in sync. His bowling will start off like the Four of Pentacles – economical, only to be expensive later. He will be targeted by the opposition.

Luke Wright wishes to direct the team innings. He will be able to do so successfully as represented by the Six of Swords and Four of Wands.

Eoin Morgan will have a good start with the bat, but the Three of Swords comes in the way. His momentum will break and he will be unable to see the innings through.

Jade Dernbach will bowl well. Like the Knight of Cups and Wands, he will be perfectly balanced with aggression and stability.

Steven Finn will have a difficult start. He does show promise of bringing himself out of this, but it will certainly be tough.

Samit Patel will be deceptive and effective. Like the Four of Cups he will be eager to capitalise on this opportunity.

The West Indies want this win, but they will have their fair share of obstacles. Their bowling, batting, and fielding will all show weaknesses. Despite this, the Eight of Pentacles and Temperance shows their strong desire to work hard and achieve success. They will display strong will power and will enjoy the challenge. Their ability to be level-headed like the Justice will see them overcome their difficulties. There is a lot of work to be done, but they will manage to show their application.

Captain Darren Sammy will be steady, but the Devil shows that his over-eagerness can cloud his judgment. This is where his team support will keep him on track. His batting will be similar – aggressive but not appearing totally at ease. The Page of Cups warns him to be realistic in his shot selection as he could get caught off guard.

Chris Gayle will be like the High Priestess – in control, calm and very natural in his game play. He will stick to what he knows best and will build a confident innings.

Dwayne Bravo will be hardworking. Like the King of Wands, he will adapt himself well in all areas of the game. It will be a good day for him.

Sunil Narine will be economical, but like the Five of Cups he will not live up to the results expected off him.

Kieron Pollard like the Queen of Wands be effective in all areas of the game and display his potential.

Fidel Edwards will be in good rhythm, sly and deceptive like the King of Cups. A good day with the ball.