Every World Cup has its share of matches that generally tend to overshadow the essence of the tournament, primarily on account of the rivalry between the teams and in some cases the "over the top" jingoism that sometimes accompanies it. An India-Pakistan cricket match offers that and more. 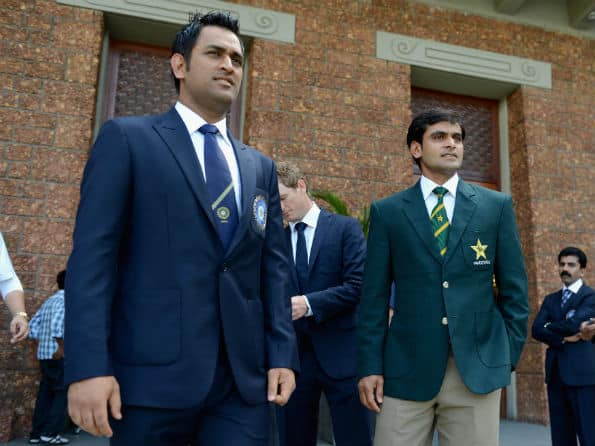 Every World Cup has its share of matches that generally tend to overshadow the essence of the tournament, primarily on account of the rivalry between the teams and in some cases the “over the top” jingoism that sometimes accompanies it. An India-Pakistan cricket match offers that and more. Pakistan’s emphatic win over Bangladesh, has ensured that folks in India and Pakistan will be glued to their TV sets from 7.30 pm IST onwards, when the two teams clash in the Super Eights on September 30. As always, life will come to a standstill in both countries when the two teams are battling it out in the middle.

Pakistan already have a win over India, albeit in a warm-up match, earlier in the tournament. However, warm-ups don’t quite have the same flavor that a red hot match of consequence has. Both teams will be working on their strategies to get it right, including making clichéd statements to the press like “We are treating this as any other match. Our focus is to make it to the semis by playing well in all matches in the Super Eights.”

India’s main cause of concern has been its bowling. The way they demolished England will perk them up. However, it’s a totally different scenario when you play teams like Australia and South Africa, all of whom have players who are part of IPL teams. Choosing a team with the right balance and death over bowling has always been MS Dhoni’s headache. Add to it the issues around Virender Sehwag and Zaheer Khan’s form, the Indian captain has his plate full of challenges. However, when it’s a case of Pakistan, he might err if he does not pick Sehwag. His record against Pakistan and the impetus that he provides should be more than enough to get things rolling for India. Rohit Sharma back in form must also be a huge relief to the Indian captain.

Pakistan has one of the better bowling attacks in this World Cup, and their batting hasn’t been seriously tested. Saeed Ajmal continues to be their star in getting wickets or just keeping the run rate down. It’s not without reason he is the best in this format of the game. Mohammed Hafeez will be banked upon to continue his all round show, including his “hop, skip, stop and deliver” routine. The Indians could do well and slow down Shahid Afridi who has a penchant of getting through his overs quickly. In the T20 format this could work on the batsman from a pressure standpoint since you are suddenly staring down the barrel of the final overs before you know it.

And there’s always that bit about Pakistan never having beaten India in ICC tournaments and the ill-timed “Missed Bah” scoops that cost them the World Cup against India and a place in T20 History. It’s a match for the books and even the Gods might want to hold off any showers that they may have planned at this time.