One does not become the most respected and enduring commentator without also being the most unrelenting perfectionist.

When the quick visits to the toilet proved not so quick after all, he was not amused. We can say he was pee-ved. His professional pride struggled uncomfortably against his full bladder.

The commentary box at Trent Bridge is stifling, cramped. The greatest of views comes at a price. Added to that, Benaud had discovered to his great discomfort that the break between overs did not allow him a quick saunter to the WC and back. The toilet was not close enough. He had to walk through a passage infested with fans. And his popularity was immense, even in Nottingham.

As he walked to the WC and back, smiles were flashed, greetings were voiced, hands were extended to be shaken; questions asked about the match, about players and performances; notepads were thrust under his nose, pens shoved into his hand, for quick autographs; admirers crept close, urging him to flash a smile for that snapshot with greatness which would rest forever on their mantelpieces. So, each time on his return Benaud found that he had missed a ball or two. Yes, only on his return to the commentary box.

And with each such extended bio break, the legendary Australian cricketer got more and more — er— pissed.

Finally he could hold it no more. He informed the Nottinghamshire Cricket Council that he needed a solution. These long walks to pee-dom were getting on his nerves.

The management relented. A new toilet was built right next to the commentary box, which Benaud — and the other broadcasters — could visit without being accosted by fans and followers on the way and back.

Even now, old-timers at Trent Bridge — such as that fascinating guide for the ground tours Allan Odell — refer to the new facility as Richie’s Loo. 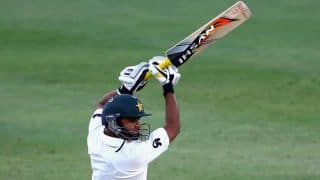 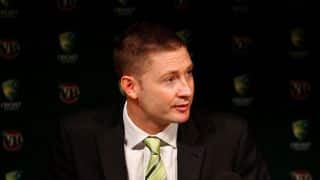 India vs Australia 2014-15 : Michael Clarke may be fit for series