The Indian cricket board announced their 15-member squad for the World Test Championship final to be held in Southampton against New Zealand starting 18th July.

New Delhi: The Indian cricket board announced their 15-member squad for the World Test Championship final to be held in Southampton against New Zealand starting 18th July. While there are no major surprises in the squad except the notable omission of Mayank Agarwal who failed to make the cut. Virat Kohli will lead the side with Ajinkya Rahane as his deputy. Rohit Sharma and Shubman Gill are the two openers for the final with Cheteshwar Pujara, Hanuma Vihari and Rishabh Pant being the other batsmen in the squad.

India have picked Wriddhiman Saha as well in the squad, mainly as a cover for Pant as he is more likely to make it to the playing eleven as a wicket-keeper batsman. The Indian team management have gone with two spinners. Ravindra Jadeja and Ravichandran Ashwin pick themselves in the squad along with a barrage of fast bowlers. Jasprit Bumrah, Mohammad Shami, Ishant Sharma, Umesh Yadava and Mohammed Siraj are among the fast bowlers to have made it to the 15-member squad.

With Siraj being one of the best bowlers for India in the last two series he had played, Kohli would be spoilt for choices in the final. Ishant has been one of the most consistent bowlers for India in the past couple of years and dropping him in the final would be a tough call for the team management. It is more than likely that it will be a toss-up between Siraj and Ishant for the third seamer with Bumrah and Shami being the other two bowlers in the line-up.

It will be a fascinating Test match to watch as both teams have some great players to watch out for. 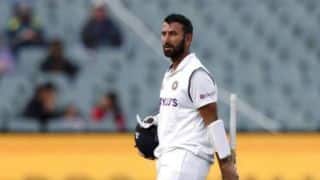 India's WTC Win Can do Test Cricket What T20 World Cup Did in 2007: Cheteshwar Pujara