Yasir Arafat to ascertain the reasons behind Pakistan's lacklustre bowling performance, the ineffectiveness of the Pakistan fast bowlers, the effect of the off-field controversies on the morale of the team and also looked ahead at Pakistan's chances for the remainder of the tournament.

With Pakistan’s recent World Cup woes making the headlines, PakPassion.net spoke to Pakistan all-rounder, Yasir Arafat to ascertain the reasons behind Pakistan’s lacklustre bowling performance, the ineffectiveness of the Pakistan fast bowlers, the effect of the off-field controversies on the morale of the team and also looked ahead at Pakistan’s chances for the remainder of the tournament. ICC Cricket World Cup 2015: Full Coverage

Q: What in your view is the reason behind Pakistan’s dismal bowling performances at the 2015 World Cup so far?

Yasir Arafat (YA): It’s not just the bowling but the overall performance of the team that is below par and is reflected in all areas of the game. If you look at the fielding, as we saw in the previous game against the West Indies, the Pakistani fielders dropped five catches. These types of lapses can allow any opposition a way back from tight situations and as we saw, score 300+ runs against us.

The poor fielding is reflecting on the performance of the bowlers as well and it definitely lowers the morale of the bowlers. The other issue is that our bowlers lack experience, especially in the death overs where we saw over 70 runs being scored by the West Indies in that period. Whilst we are rightly worried about our bowlers, the fact is that our batting in the game against West Indies didn’t help the situation of the team either as we lost four wickets for just one run.

Q: The current Head Coach, Waqar Younis, was an expert in delivering highly accurate yorkers. However, none of the bowlers in the team seem to be able to bowl this delivery. Why is that?

YA: I am sure he is giving good advice to the bowlers, but at the end of the day, it’s up to the bowlers to implement that advice onto the field of play. Waqar is not going to physically move their hands to help them bowl effectively! Once the players walk onto the field it’s up to them to perform, the coach cannot do everything for them. The players have to perform but I do wonder if they are incapable of bowling reverse swing or simply don’t have the skills to bowl better for example by varying their pace.

Q: If you compare the Pakistan new ball bowlers with the likes of Tim Southee or Jerome Taylor, it appears that the Pakistani bowlers are bowling too short. Do you agree?

YA: More than their length, I believe the inexperience of the bowlers is showing in their performances. As you will recall, even when we used to have a bad start with the bowling, Saeed Ajmal and Mohammad Hafeez used to come in stabilise and control the opposition. What is happening now is that when our opening bowlers are having problems, the middle over bowlers are unable to step in and stop the rot and then on top, our death bowling is also not very good.

Q: The fifth bowler duties are being shared by the likes of Haris Sohail, Sohaib Maqsood and Ahmed Shehzad when Yasir Shah would surely have been a better choice. What are your thoughts on the whole strategy around not playing a specialist fifth bowler?

YA: We are badly missing Saeed Ajmal and Mohammad Hafeez. The absence of Hafeez is more important as he was counted as your fifth bowler. On top of that, he also gave an option to open the attack as well. But last minute injuries and bans on these bowlers have put us in a very bad position and our weakness in middle overs bowling is being exposed. Opposition teams are taking advantage of that weakness but once again, I will say that our poor fielding is adding more pressure on us as the whole match situation can change due to missed catches.

Q: What do you believe is the reason behind the fact that the body language of the Pakistan players doesn’t look good at all?

YA: There are many factors here. Apart from losing key players due to bans and injuries, there is also the issue that many of the players were selected at the last moment and they were never sure that they would be selected for the World Cup. Take the example of Sohail Khan, I heard him say in an interview that he only found out about his selection from the news ticker on TV, when really he should have been informed by the PCB in person.

One cannot compare this type of preparation for a tournament of this stature with that of any other country such as Australia, England or South Africa. These teams have been preparing for the World Cup for the last three to four years, unlike our players who had no clue whether they would be in the World Cup squad or not until the last moment. This has an effect on their performance in batting, bowling and fielding and when you are performing so badly, then obviously your body language will suffer.

Q: Given that we are hearing reports of misbehaviour by some players with the fielding as well as the Head Coach, what kind of an effect does that have on the morale of the team?

YA: It’s shocking to hear of such news and I am sure it’s even more distressing for the millions back home who are wondering why the team isn’t concentrating on cricket, instead of getting involved in such issues. I am not there with the team, so I can’t say if these news reports are correct or not. All we have is news reports that are appearing on television, but if these rumours are true, then there is no doubt that it will have a negative effect on the team morale.

Q: How can Pakistan lift themselves and perform better in the upcoming games after successive defeats against India and the West Indies?

YA: The good news is that despite these losses, they have two games which they can win and gain back some of the lost confidence before the big game against South Africa. Of course, Zimbabwe and UAE are no pushovers but Pakistan do have a good chance to build up their confidence ahead of the clash with South Africa.

All in all, they have to win at least three out of the four remaining games. The outcome of all the games depends on the team morale which in turn may affect the atmosphere in the dressing room as well as on the field of play. The team management, captain and coaches will also have to play a pivotal role to ensure that the team remains united throughout this period.

Q: How do you feel about the team composition for the remaining part of the tournament? Is it a good idea to not play Sarfraz Ahmed or whether Umar Akmal as a ‘keeper is a good choice and if Younis Khan’s poor form deserves some attention?

YA: Younis’s form may not be good, but it’s my firm belief that only those teams perform well in major tournaments who have experienced players in their ranks. I know that everyone is saying that Younis should be dropped from the team, but you simply don’t have the experienced players to replace him in the team.

The question really is whether you can risk replacing Younis with an inexperienced player. This is an important tournament and you must go in with your most experienced players and give them the confidence that they deserve as they have performed well at all levels in the past. Or you can replace Younis if your bench strength is that strong. Everybody knows that there are very able youngsters in this team but the fact is that they simply don’t have the experience to back them. As for Sarfraz, we know that he is a specialist wicket-keeper and he must be played and I am sure, with the lapses made by Umar Akmal, Sarfraz will get another chance to play in the team. 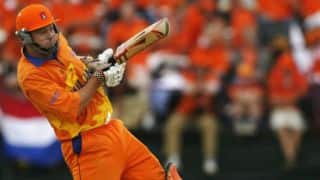 ICC Cricket World Cup 2015: Sachin Tendulkar feels more runs being scored in ODIs due to changes in rules and emergence of T20 cricket