From Bumrah, to Curran and Somerville, a look at cricket s biggest debuts in 2018.

We all know how important making a good first impression can be. On the cricket field, these 10 cricketers have broken the glass ceiling right from ball one. Let s take a look

Talk about Test debut and an Indian fan should look no further than Jasprit Bumrah. You may probably run short of adjectives to describe what is India s success story in 2018. Bumrah stepped into the Test arena for the first time when India were on tour to South Africa. He made his debut at Newsland in Cape Town in January during the first Test and picked up four wickets. The hosts won by 72 runs. That was just a prelude to what was in store for Bumrah. With 48 Test wickets in nine matches, including a Man of the Match performance in the recent MCG Test against Australia where he pocketed nine wickets, the 25-year-old pacer has ended the year as the highest wicket-taker surpassing Kagiso Rabada. In addition to the 48 Test scalps, he has bagged 22 wickets in 13 ODIs and 8 wickets in 8 T20I matches. Rabada has taken 77 wickets in 2018. The South African has 52 wickets in 10 Tests, 23 wickets in 14 ODIs and 2 wickets in 2 T20Is.

Consistency in run-scoring made young Mumbai batsman Prithvi Shaw knock at the doors of the selectors. He earned his maiden call-up to the Indian Test team for the last two Tests in England but did not get a chance. However, Shaw lived up to expectations on debut in October when he smashed 134 from 157 deliveries in the first Test against West Indies at Rajkot to become the youngest Indian to score a century on Test debut. The U-19 World Cup-winning captain replicated the same performance in the following Test at Hyderabad and scored 70 and an unbeaten 33 in the first and second innings respectively. Shaw, who looked in fine touch scoring 66 against Cricket Australia XI was zeroed in for the opener s slot for the Test series Down Under, but as fate had it, an ankle injury during the warm-up match saw the 19-year-old willow wielder ruled out of the marquee event.

Close on the heels of a Prithvi Shaw debut is Mayank Agarwal a pressing case for selection after piling up tons of runs in the Ranji Trophy last year who finally won his reward and made the most of it during the third Test against Australia at the MCG where his 76 and 42 in the first and second innings respectively paved the way for a famous India win. Agarwal, a triple centurion in the domestic circuit, became the 27th Indian player to score a fifty on Test debut and became the highest run-scorer for India on debut in Australia. He earned a maiden Test call-up for the two-Test home series against West Indies but did not find a spot in the side.

When MS Dhoni hung up his gloves in Test cricket midway through the 2014 series in Australia, questions were raised on whether India would be able to find an apt replacement who will be to fill in the big shoes left by MSD. In comes young Rishabh Pant and clobbers the first ball he faces in Tests for a six against England at Nottingham in August. He scored 25 runs on Test debut, but a match later, the 21-year-old skilful glovesman registers his maiden century during the final Test at the Oval to become the second youngest wicket-keeper and first Indian wicket-keeper to score a Test century in England. During the home Test series against West Indies, Pant notched identical scores of 92 in total in the two Tests. His work behind the stumps too has been exceptional. In the marquee Test series against Australia, Pant took 11 catches in the first Test against Australia at Adelaide the most by an Indian wicket-keeper in a Test.

Another find for England this year in addition to Ben Foakes is Sam Curran. While the 20-year-old left-arm seamer made his debut in June against Pakistan at Leeds where he picked two wickets and scored 20 runs, Curran s allround prowess was on show in the first Test against India in Birmingham where picked five wickets (including the top three Indian batsmen) and scored 87 runs, including a match-winning 63 in the second innings. Curran was awarded the Man of the Series after India went down 1-4. With a fine debut backing, the 20-year-old landed a million dollar deal with Indian Premier League (IPL) franchise Kings XI Punjab (KXIP). Curran was bought for Rs 7.2 crore to become the most expensive overseas player at the 2019 IPL Auction.

One man s pain is another man s gain. This adage holds so true for Ben Foakes. The 25-year-old Surrey wicketkeeper earned a maiden call-up as Jonny Bairstow s understudy for the 2017 Ashes but did not get to play a single game. Foakes, who was England’s leading run-scorer at the 2012 U-19 World Cup, having made 93 on Championship debut earlier in the summer, travelled with the Three Lions to Sri Lanka. He smashed a century on debut at Galle after Bairstow picked up an ankle injury. Coming in when England were at a precarious 103-5 on a turning track, Foakes immediately made an impact with the bat. Showing tremendous application, he batted with the tail and scored his maiden Test century. Foakes was good behind the stumps as well picking up two catches and effected a stumping.

South Africa s potent pace attack received a major shot in the arm when Lungi Ngidi sauntered into the Centurion for the second Test against India. He grabbed the opportunity and snapped his maiden five-for to bundle the tourists out for a paltry 151. The 22-year-old lanky pacer returned with exceptional figures of 6/39 in the second innings. In the four Tests this year, Ngidi has picked up 15 wickets at a stunning average of 19.53. He has been successful in the shorter formats as well which helped him to retain his spot in Chennai Super Kings side for IPL 2019.

Afghanistan s cricket delivered yet another gem after Rashid Khan in mystery spinner Mujeeb Ur Rahman. The 17-year-old made his T20I debut against Zimbabwe in February. Although he returned wicketless, Rahman, who has played seven T20I matches for Afghanistan, has picked up nine wickets at a stingy economy rate of 5.07. His bowling average in T20I is unbelievably 15.22. Rahman, currently plying his trade in the Big Bash League 2018-19, displayed his skills with the bat when he registered the highest individual score coming in at No. 11 in the T20 format. He scored 27 off 22 balls to surpass Sri Lanka s Alankara Silva s tally of 26* in Sri Lanka s domestic T20 competition in 2015-16 at No.11.

Age is just a number in cricket and Mumbai-born New Zealand s left-arm spinner Ajaz Patel is testament to the adage. The 30-year-old Patel, who was a fast bowler growing up until he realised it would be fun to bowl spin , rose to international cricket on the back of repeated success at the domestic level. On October 31, 2018, at 30, Ajaz opened the bowling for New Zealand in a T20I against Pakistan. He picked up just one wicket as Pakistan scampered away to a two-run win. However, his claim to fame this year was his 13 wickets in the three-Test series against Pakistan. He picked up a fifer on debut in the opening Test on November 16 at Abu Dhabi which the Kiwis won and followed it up with another five wickets in the decider at Abu Dhabi in December which the tourists won to create history. His impressive performance on Test debut won him a place in the home series against Sri Lanka.

Another memorable Test debut for the Black Caps, albeit late in the year, came in the form of spinner Will Somerville, who combined with Ajaz Patel to lead New Zealand to a famous Test series win against Pakistan in Asia. Making his debut at 34, Somerville snapped seven wickets on debut as New Zealand thumped Pakistan by 123 runs in Abu Dhabi for their first away Test series win over Pakistan in 49 years. However, despite his performance, Somerville was unable to win a place for the home Test series against Sri Lanka losing it to Patel and was released from the international squad to play in the Plunkett Shield. 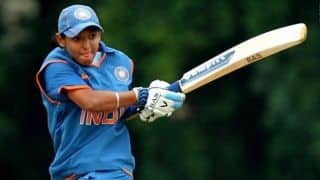