Be it suspect action, doping. off-field controversy, etc.; Ayush Gupta takes time out to recall them all.

As the year of 2015 comes to an end, its time to recall all the interesting events that unfolded this year. Starting with the ICC Cricket World Cup 2015 to India Premier League (IPL) and many other cricketing tours, most of the events have witnessed a lot of exciting matches. It could well be in the form of batsmen, bowlers, fielders and even few cricketing personalities. As we recall these moments, it is time to draw attention to few of the bowlers, who got into some kind of trouble or controversy in the whole year. Be it suspect action, doping. off-field controversy, etc.; Ayush Gupta takes time out to recall them all.

The mystery spinner from Trinidad & Tobago was a nightmare for most of the batsmen, owing to his unplayable deliveries. However, his reign did not last long as he was charged with suspect action quite a few times and was eventually banned by the International Cricket Council (ICC) from bowling in international cricket in October, after he failed to clear his bowling test.

The veteran all-rounder, who has been offering his crucial services to the West Indies for over 10 years now, was summoned this year for chucking, and was confirmed during a test by the ICC, that led to him being banned for two years.

Paksitan’s latest spinning sensation, Yasir Shah, who was turning out to be a good replacement for Saeed Ajmal, was recently suspended by the Pakistan Cricket Board (PCB) for testing positive for a banned substance and could possibly be banned for two to three years.

One of the most reliable all-rounders for Pakistan, Hafeez became a reliable spinning option for Pakistan, following the unavailability of Ajmal. However, just as it seemed as though he was on a rise with his bowling, he was reported for having suspect action and was eventually banned for a year, failing to clear the test by ICC.

The reliable India leg-spinner was charged for sexual assault by a female friend during the Test series against South Africa, when his friend claimed that he had tried to sexually abuse her in his hotel room during the second Test at Bangalore. He was detained by the Bengaluru police, but was later released on bail.

In one of the rarest cases, a batsman coming out to bowl out of nowhere for the first time ever in international cricket ends up getting pulled-up for suspect action. This happened during the Test series between India against South Africa, when Shikhar Dhawan, who all of a suddenly came on to bowl in the fourth Test at Delhi. He was later reported for suspect action, which was clearly visible to most of the viewers. However, he refused to go for the clearance test, virtually retiring himself from bowling in the future.

Sri Lanka’s off-break bowler was having a sensational year. Out of nowhere, he was charged with a suspect action for his doosras. After an ICC clearance Test in Chennai, he was asked to continue with his off-break delivery, but was banned from bowling the doosras.

Yes, you read it right. One of the rarest of rare cases, when a cricketer is charged with rape, and it happened with Bangladesh fast-bowler Rubel Hossain, who was accused by a Bangladeshi heroine Nazneen Akhtar. He was detained by police for three days, but was eventually released on bail to participate in the ICC Cricket World Cup 2015. Following Bangaldesh’s victory over England in the group stage, Nazneen withdrew the complaint against him.

The Bangladeshi bowler and his wife were slapped with torture and abuse case in September for beating a minor — 11-year old maid. He was eventually suspended from Bangladesh Cricket Board’s (BCB) cricketing events. He admitted to his charges in October and was jailed for child repression and employing a minor. However, he was granted bail in December until March 2016. 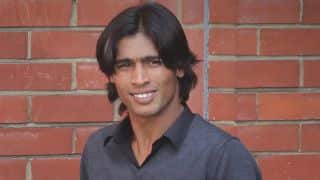 Peter May: 22 facts about the former England captain