Ireland in 2017 will look to consolidate their position in the ICC Intercontinental Cup and also try to prove that they are no pushovers when they play some of the top nations in limited-overs fixtures.

Ireland have had a disappointing 2016. After some good performances in the ICC World Cup 2015, one expected them to have a better year. Being one of the minnows, they have had very limited opportunities in international cricket. They started the year well with a T20 International (T20I) series win against Papua New Guinea (PNG) in February and also against United Arab Emirates (UAE) just before the ICC World T20 2016. In the World T20, Ireland played the qualifying round, where they were placed alongside Bangladesh, Oman and Netherlands. They lost against Oman by 2 wickets and followed it up with a 12-run loss in a rain-curtailed game against Netherlands in Dharamsala. Their match against Bangladesh was however washed out.

Paul Stirling ended as Ireland s top-scorer in the tournament with 44 runs in two innings at 22, while it was it was left-arm spinner George Dockrell, who finished as the leading wicket-taker for his country with four wickets at a miserly economy rate of 6.25. Moving on to the One-Day International (ODI) format, barring a 2-2 drawn home series against Afghanistan, they have failed miserably against the big guns like South Africa, Australia, Sri Lanka and also Pakistan. They lost the two- match ODI series against Pakistan 1-0 (1 abandoned) and followed it up with crushing 206-run and nine-wicket losses at the hands of South Africa and Australia respectively. Ireland also lost the two-match T20I series against Hong Kong between all this.

Ireland are however making giant strides in the ICC Intercontinental Cup. This is an excellent initiative by the ICC to give minnow nations a chance to become the 11th Test playing nation. The winner of the tournament will play four 5-day matches against the bottom ranked Test team as of December 31, 2017. However, the ICC is yet to announce on what basis the team will get a Test status. What happens if the series ends in a draw?

Ireland have won both their games played this year. They first played PNG at Townsville in January. They beat PNG by 145 runs. Ireland followed this with a win over Hong Kong at Belfast by a narrow 70-run margin. Overall, Ireland have won all four of their matches in the competition and sit right on top of the table with 80 points. Only Ireland and Afghanistan are unbeaten in the tournament so far.

Ed Joyce has been Ireland s star all this while. He is not just the top-scorer for his side, but is the leading run-getter in the tournament as well. Joyce has struck 592 runs from four games at 98.66, which includes two tons and a fifty, with a highest score of 231. Ireland skipper William Porterfield too has had a great tournament. He has 349 runs from four matches at 58.16 with a highest score of 186. As far as the bowling department is concerned, Dockrell has been impressive once again and is the joint highest wicket-taker in the tournament so far. He has 19 wickets from four matches at 21.42 with 4 for 83 being his best bowling figures in an innings. Fast bowler Tim Murtagh is not far behind with 18 scalps.

If Ireland go all the way, their first Test match could be against England at the Home of Cricket Lord s something then ECB Chairman Giles Clarke announced in 2014, according to theguardian.com.

Ireland certainly have a busy 2017. Ireland and Afghanistan will be touring India to play a three-game T20I series and a five-match ODI series, beginning from March 8, 2017. After that they will take on each other in the ICC Intercontinental Cup match. All these matches will be played at the Greater Noida Sports Complex, near Delhi. After this, Ireland will travel to England for the very first time and play a couple of ODIs against the hosts in May. Ireland will then head back home and welcome Bangladesh and New Zealand to their shores for a tri-nation series in the same month, following which they will play a one-off ODI against West Indies, before the team from the Caribbean head to England.

Ireland in 2017 will look to consolidate their position in the ICC Intercontinental Cup and also try to prove that they are no pushovers when they play some of the top nations in limited-overs fixtures. As far as 2016 is concerned, they surely have not achieved anything great at the international level, but are making giant strides to ensure they get a Test status. 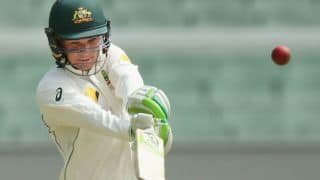 Australia consolidate vs Pakistan in Melbourne Test; trail by 48 runs at lunch, Day 4 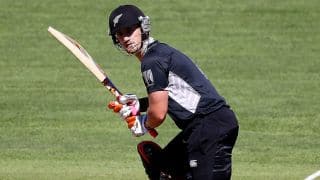