Yo-Yo Test in cricket: What on earth is this thing that they keep failing and passing?

Yo-Yo Test in cricket: What on earth is this thing that they keep failing and passing?

The Yo-Yo Test is all over the internet these days. What on earth is this new fad?

Unless you have been living under a rock (and a reasonably big one, too), you have probably heard of the phrase Yo-Yo Test. Beneath those two innocent syllables lie a sinister method that can ruin a cricketer s career in Virat Kohli s tenure. Here is all you need to know of the test that is nowhere as cool as it sounds.

Q: The Yo-Yo Test is all over the internet these days. What on earth is this new fad?

A: Oh, that is simple. It is simply a variation of the beep test.

Q: Hey, hey, don t make that sound obvious. I have no clue what a beep test is.

A: Should I roll my eyes? I thought a beep test was pretty basic. Let me quote from Wikipedia: It is a series of stages that have different tasks sometimes used by sports coaches and trainers to estimate an athlete s maximum oxygen uptake. These days it is also used in the army.

Q: Still Greek. What on earth are you talking about?

A: Never mind. Next question.

Q: Yeah, so whatever, this is used to measure fitness of some sort. Basic sport fitness nerd stuff, I get it. Can you make it simpler?

A: There are two lines, twenty metres apart, usually marked by cones. The candidate has to run from one line to the other. They need to turn around the moment a beep goes off and run the other way. The beeps get more and more frequent as time goes on.

A: Yes, yes, I know. Obviously he cannot keep up with the increase in pace. He is allowed two more beeps to catch up. The test is stopped the moment he fails to do that. The scores are calculated once it is stopped.

Q: But why is it suddenly the next big thing?

A: Because BCCI insists! They have set 19.5 as benchmark. ECB uses it as well.

A: Even I am not sure, but I can provide some perspective: Kohli sometimes scores as high as 21; on the other hand, Yuvraj Singh managed 16 and was not picked.

Q: Is 19 a standard score for everyone?

A: Not quite. It varies from team to team, and more so from sport to sport. A hockey player needs to score reasonably more than a cricketer.

Q: Why is it called the Yo-Yo Test?

A: I am not sure about this; probably because they have to keep running to and fro. Just a guess.

Q: Who designed this? Surely not Honey Singh?

A: No. Honey Singh has been responsible for a lot of things, but not this. They attribute it to Jens Bangsbo.

A: Oh, a Danish football physiologist. He is quite reputed. 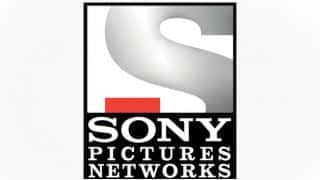