Yograj Singh’s recent scathing verbal missiles on Mahendra Singh Dhoni have grabbed nationwide headlines. Almost two months back, he accused Dhoni of dropping his son Yuvraj Singh from the side.

Yograj Singh’s recent scathing verbal missiles on Mahendra Singh Dhoni have grabbed nationwide headlines. Almost two months back, he accused Dhoni of dropping his son Yuvraj Singh from the side. And more recently, he compared him to Hindu mythological demon ‘Ravana’ and cursed him to be ‘penniless’ one day. The buck doesn’t stop here, accordingly to our sources; Yograj is now set to call a press conference blaming the beef ban on Dhoni.

In Hinduism, cow is a symbol of wealth, strength, abundance, selfless giving and full of earthly life. Cow is given a motherly status and considered a sacred animal. If you think these are reasons enough to ban beef, Yograj has a more practical thought to it. Yograj’s speech at a Chandigarh senior citizen laughing club was overheard by our source. The former Indian cricketer screamed, “It’s all because of Dhoni that soon the country will be deprived of beef. Till yesterday, he didn’t know whether or not he would get a spoon of milk for evening tea or not, and look at the arrogant man now; he promotes drinking milk! A glass is still ok, but he openly tells media that he drinks 4-5 litres in a day! He has a larger appetite than Ravana the demon. He is terrible. I have spoken to many cricketers and they all say that when he is touring and living in those five-star hotels, others have to survive on milk-powders and condensed milk!”

It’s believed the retired pensioners who usually laugh and de-stress themselves hearing Yograj at the park wore a confused look at his speech. Most didn’t know how to react. Watching the confused faces, Yograj responded: “It is simple economics  of demand and supply. The same people, who Dhoni laughs at, surprisingly love him and follow him, so the milk and dairy products consumption is very high, so cows can’t be touched! Had I been Harbhajan, instead of Sreesanth I would have slapped Dhoni.”

Yograj further displayed his displeasure and went on to curse Dhoni, “I curse him that the ban will be lifted and all cattle consumed. He will have no milk to drink one day.” 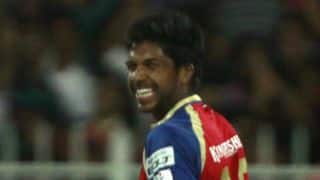 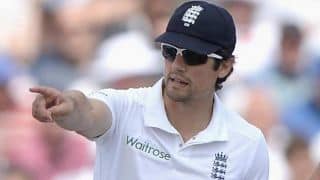