Sifting through generations of great, great cricketers and zeroing down on an elite eleven is not cakewalk, and certainly not tailored to make one popular among fellow cricket addicts.

By Abhishek Mukherjee and Arunabha Sengupta

On Yorkshire Day, Arunabha Sengupta and Abhishek Mukherjee tried to create an all-time XI for Yorkshire. It was a futile effort, for Yorkshire has a legacy so rich, especially when it comes to openers and left-arm spinners, that selecting a team of eleven seemed a near-impossible task. So they decided on making two teams instead of one…

Normally when Arunabha Sengupta and Abhishek Mukherjee roll up their sleeves, spit on their palms and get down to determining an All Time XI for any cricket playing nation, they do not take any half measures.

Sifting through generations of great, great cricketers and zeroing down on an elite eleven is not cakewalk, and certainly not tailored to make one popular among fellow cricket addicts. Especially when the duo is made up of two statistically minded blokes as the authors, who can go to the extent of dropping Conrad Hunte in favour of Chris Gayle and even committing the serious blasphemy of handing the reins of the Pakistan side to Javed Miandad rather than Imran Khan. There have naturally been brickbats in rather generous proportions.

But they have never flinched. The selections have been made, backed by figures, and they have stood by their teams, through thick and thin.

However, when it came down to the legions of hard-bitten, tough talking cricketers of Yorkshire, they wavered. The task seemed uphill. A century and a half of perhaps the greatest cricketers produced by England made it complicated. Not least because of the lopsided nature of the assembly line that produced great flannelled men from the Northern county.

Yorkshire does make it difficult. They produce openers, supreme ones, with a regularity that belies the laws of nature and cricket. And then there are left-arm spinners, the greatest of that variety seen across eras and formats. Elevens can be made from just the opening batsmen and left arm spinners produced by the county. Nay, even twenty-twos.

So, how one could of course choose Herbert Sutcliffe and Len Hutton. Perhaps even in the history of opening batsmen around the world, only Jack Hobbs holds a candle to this pair of names. And then we will find one Geoff Boycott sitting out, perhaps venting his bitterness over the microphone. Perhaps we will notice sitting next to him in the commentators box another bitter opening batsman called Michael Vaughan. Glancing a few rows further up, in the special members enclosure, we might find Percy Holmes recounting the day he had posed in front of the 555-scorecard with Sutcliffe. And Willie Watson listening to him with growing impatience, wanting for a pause to launch on his own diatribe, about how many more runs he could have scored for Yorkshire and England had he not spent his time playing football at the highest level.

And then can we be conservative and pick just one left-arm spinner like any normal side? Who do we select in that case? Hedley Verity, the bowler who made even Don Bradman uneasy? Or do we go for Bobby Peel of the hoary past? Or perhaps Johnny Wardle, the possessor of the best post-World War I figures for any English spinner in Test cricket? What then do we do with the great Wilfred Rhodes? We cannot play him as an opener, given the problems of plenty in the last paragraph. And then there are the enormous claims of Ted Peate and the domestic giant Roy Kilner.

Yes, we baulked at the gravity of the task. We resigned to the multitude of great pace setting batsmen and the tantalising turn of the several left-arm spinners.

There is no delicious cricket trivia chronicler s criteria like era or letter of the alphabet to distinguish between the two teams.

We just tried to form XIs that were balanced enough to take one another in an evenly contested match, preferably played on a wicket with assistance for left-arm spinners, with Syd Buller and Dickie Bird officiating.

To do that we first picked two extraordinary men to have led England and Yorkshire Brian Close and Ray Illingworth. There too, we had plenty of options. Hutton, obviously one of the greatest England captains ever, will have to make do as a mere opening batsman. That is also true for Stanley Jackson, another superb mind to pick when strategies are to be determined. Both Hutton and Jackson were supreme players at every level, but the same cannot be said about Close and Illingworth. Greats beyond doubt in the county circuit, both of them were short of the pinnacle in Test cricket as players. Illingworth was a very useful all-rounder, Close never quite managed to fulfil his enormous potential in the highest level.

However, both were excellent captains, and one cannot wish for more Yorkshire soul and spirit in leadership.

Now we come to the openers.

We decided to split the multitude into two groups.

For Illingworth s team we chose Boycott and Sutcliffe, perhaps to keep the conflicts between Boycott and Close from re-emerging. Close would have his team start with Hutton and Holmes.

Watson will come at one drop after the Boycott-Sutcliffe duo, while Vaughan will be a good man to saunter in whenever the Hutton-Holmes stand is broken. Fortunately, Yorkshire did not produce as many great middle-order men, so we can get away with playing six openers in the two sides.

At No. 4, we do have a formidable name in each side. While Illingworth s team have the quintessential Yorkshireman in Maurice Leyland coming in, Close and his men have the young and prodigiously talented Joe Root in their midst. Only, we do not see much opportunity for Leyland to turn his arm over, with the fascinating set of left-arm spinners to follow (though one can always argue that Leyland bowled Chinaman).

With one left-hander in Illingworth s team, the balance is restored by Close himself batting at No. 5 for his side. And he can do some serious bowling with medium-paced swing as well as orthodox off-breaks. For Illingworth, the No. 5 position is taken up by the great Jackson, one of the leading batsmen in the world in his day with a near-50 Test average in the 1893-1905 period as well as a more than useful medium-pacer.

At No. 6 are two genuine all-rounders. The Close XI have the excellent services of the left-handed George Hirst, the man who scored 2,000 runs and captured over 200 wickets in a season. His left-arm pace will be a perfect foil for the great name with the new ball to follow. In the Illingworth XI we have George Ulyett, the first great genuine all-rounder in Test cricket. He would often bat in the top order and bowl with the new ball with equal dexterity in Test matches, although Ian Chappell may not quite know about him.

So, let us have a look at the XIs before we move on to the bowling and wicket-keeping options.

Coming to the lower order, we can fill in the first name quite quickly. No one with a romantic cricketing heart can separate Hirst and Rhodes. Hence, Rhodes walks in as the second all-rounder in the Close XI, the first of the many left-arm spinning greats in the mix as well as a top class batsman in his own right.

To balance it out, we have to go with a wicketkeeping all-rounder who is also a top batsman for the Illingworth XI. We decided on Jonny Bairstow as the best option in this regard. No one can question his batting ability even in Tests.

Coming down to the bowling, we have place for at least three other left-arm spinners. We decided to load Illingworth s team with Verity and Wardle, while reserving the services of Peel to accompany Rhodes in the Close XI. Peel would be a handy man to have batting lower down the order, to balance the abilities of the opposition captain in this regard.

At the same time, while Illingworth himself takes up the role of a genuinely good off-spinner and a more than handy lower-order batsman, we have George Pinder, the first wicketkeeper to do away with the services of a long-stop to do duty as the stumper in the Close XI.

The off-spinning option of the Close XI, apart from the abilities of the captain, is taken up by the incredible man who overcame tuberculosis to forge a spectacular county career, bowling off 16 steps Bob Appleyard.

That leaves us with the two genuine fast bowlers, and we have exactly one genuine great for each side.

Running in for Illingworth s XI, in company with Ulyett, would be the Bill Bowes of Bodyline fame.

And for the team of Brian Close, it will be a rather fearsome opening attack with Fred Trueman charging in from one end, with Hirst curling the balls in from the direction of point with his late in-swing.

Hence here we have the lower order:

The two teams are balanced in batting and bowling abilities, with a magnificent mix of all-rounders.

We do have the option of the Cardus-created great Emmott Robinson and Ted Peate, two incredibly Yorkshire characters, to be used as the men with the drinks.

As discussed earlier, Buller and Bird can be the umpires both have played First-Class cricket for Yorkshire.

Finally, there are two excellent men for the roles of the manager. Lord Hawke could easily fit into the role for a team with volatile players like Sutcliffe, Boycott, Ulyett and Wardle.

Norman Yardley is the other England captain who can perhaps handle the more amicable professionals like Hutton, Hirst and Rhodes, while coming up with a strategy to keep Trueman on a leash. 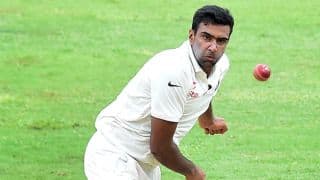 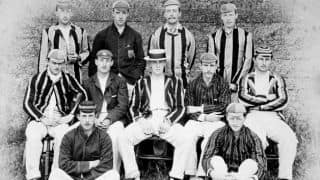