“VVS Laxman and I have shared a very good friendship away from the game as well,” writes Brett Lee © Getty Images

VVS Laxman’s retirement from international cricket is a big decision. He was one of India’s best batsmen and certainly one of the toughest opponents I have faced. Whenever Laxman played against Australia, it brought out the best in him. We have seen some exceptional innings over the years from him and he seemed to get a hundred every time he played against Australia.

One innings I particularly recall is the hundred he got against Australia in 2004 at the Sydney Cricket Ground. The match ended in a draw, but his innings of 178 was world class. Another spectacular innings from him was the one in 2001 versus Australia at the Eden Gardens, Kolkata. He and Rahul Dravid batted all day and helped India win that game. I missed the tour with a broken elbow, but from what I watched on television and what I heard from the guys who played against him, they told me that it was impossible to get him out that day. I think that innings highlighted Laxman’s determination and willingness to succeed.

A lesser known fact is that Laxman and I first played against each other at the Under-19 level. That was a long, long time ago and we have been friends since then. I always knew that he is going to be a class player when I watched him play during our junior days. He has a handy technique and he has this amazing ability to pull the ball off his legs for four from any angle. When you think about guys with great technique, names like Ricky Ponting and Sachin Tendulkar come to mind. But with a guy like Laxman, you can bowl anywhere to him and he will still hit you for runs on most days.

I think that there is one quote that sums up the kind of batsman Laxman was, especially when he played against the Aussies. This is something Steve Waugh once told me and I totally agree with it. “If you get Dravid, great. If you get Sachin, brilliant. But if you get Laxman, it’s a miracle.”

Laxman and I have shared a very good friendship away from the game as well. It is always good to see him when he comes to Australia and vice versa when I come to India. As I said earlier, he is a very nice guy off the field as well, apart from being a world class cricketer.

Most importantly, I want to congratulate VVS Laxman on a fantastic cricketing career. It is obviously a big call when you hang up your boots as I found out over the last couple of months. This should not be a time for people, especially Indians, to feel let down that they are not going to see their hero play anymore. Instead it should be a celebration of what he has given people through his cricket.

(Brett Lee is one of the fastest bowlers in cricket history. He took 310 wickets in Tests and 380 in ODIs. The Australia legend, who plays for Kolkata Knight Riders, has a deep love for India and Indians. The above article was written by Lee for Castrol, for whom he is the Brand Ambassador. For more, visit castrolcricket.com. Castrol Cricket is the official performance partner of the International Cricket Council and is a sponsor of the 2012 ICC World Twenty20) 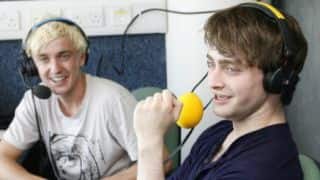 Harry Potter casts his spell on cricket at The Oval