Yusuf Pathan’s whirlwind innings of 72 off 22 deliveries against Sunrisers Hyderabad in the Indian Premier League (IPL) 2014 has created a string of records. The Kolkata Knight Riders (KKR) batsman became the third fastest to reach 2,000 runs in IPL history. Bharath Seervi looks at various records that Yusuf entered due to his knock.

In course of his 22-ball 72 blitz, Yusuf Pathan crossed the 2,000-run mark in the Indian Premier League (IPL). He helped Kolkata Knight Riders (KKR) finish second in the IPL 7 Points Table and play in Qualifier 1. Yusuf reached his 2,000 runs in IPL in 1,353 deliveries. Only two batsmen have reached that landmark in lesser deliveries. Virender Sehwag was the fastest to reach in 1,211 deliveries. Chris Gayle reached the milestone in 1,251 deliveries. Here is the list of the fastest batsmen, in terms of balls, to complete 2,000 runs in IPL:

Despite being the third fastest in terms of balls, Yusuf could only come in at 15th and last place innings wise. He took 95 innings to get to his 2,000 runs. There are two batsmen who are tied at 75 innings and 76 innings. Gayle tops the innings list with only 48. Sachin Tendulkar reached 2,000 runs in IPL in his 63rd innings. Here is the list of the fastest batsmen, in terms of innings, to complete 2,000 runs in IPL:

Let us have a look at all the batsmen who have reached the 2,000-run landmark in IPL chronologically. Suresh Raina was the first batsman to do so in IPL 2012. That was quickly followed by Gautam Gambhir and Tendulkar in the same season. A total of eight players got to the milestone in IPL 2013. In IPL 2014, six more batsmen have gone past that record. 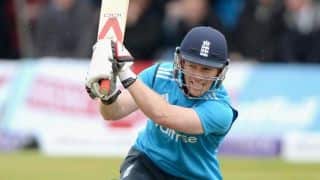