They had their individual challenges coming in to this season and have managed to pick up their form.

Yuvraj Singh, Virender Sehwag and Gautam Gambhir set the stage alight on Sunday at the Indian Premier League (IPL) 2014. Nishad Pai Vaidya writes about their individual triumphs and the challenges that lie ahead.

It was a day when the old warriors rose to the challenge at the Indian Premier League (IPL) 2014. In a tournament that is said to be a platform for the youth, there are a few seasoned campaigners eager to prove that there still is fire in the tank. Gautam Gambhir, Virender Sehwag and Yuvraj Singh set the stage alight on Sunday with some great performances for their respective sides. The trio have had somewhat similar fortunes, yet contrasting tales to tell. They needed a spark to set off a run of form at the IPL 2014. Have they found it?

Out of the three, Yuvraj was one who truly dazzled. The southpaw literally rolled back the years and took fans to the year 2007, when his thunderous performances introduced India to the world of T20 cricket. This was a Yuvraj the fans wanted to see — fearless, confident and in full flow. When he is in the zone, he is brutal on the bowlers and can tear the attack apart. An innings of 83 off 38 truly reflects his domination at the crease. There stood a warrior who has time and again conquered his demons.

This time, the demons seemed bigger and stronger. Although Yuvraj had overcome cancer in 2012 and remarkably returned, his current slump seemed more painful psychologically. Yuvraj had a terrible outing in the ICC World T20 2014 final where his forgettable innings hurt India’s chances. Stones were hurled at his house by some insensitive fans and many had written an epitaph on his international career. He did start the IPL with a free stroking fifty, but looked very tentative in most games. Spinners troubled him with turn and the seamers tried to bounce him out.

But, against the Rajasthan Royals, Yuvraj walked out as the familiar free-stroking player we know. It was great to see him rework his stance past fifty, covering the stumps and nonchalantly smash it into the stands. The shot that stood out was one that sailed over long-off. It was a merely waft, with the follow through in check, but it sailed over the ropes. And, if that wasn’t enough, he took four wickets with the ball. However, this take did not have a happy ending as Yuvraj ended on the wrong side due to some phenomenal late hitting by the Royals. It was a performance that deserved a victory, but cricket is a game played by 11 men after all.

Coming to Sehwag, his 74 against the Kolkata Knight Riders at Cuttack wasn’t his most fluent knock. There were edges that went past the wicketkeeper and a few heaves fortunately landed in no-man’s land. Yet, the hunger was evident with all the determination to stay in the middle. Sehwag last played a limited overs international for India in late 2012 and his last Test was in 2013. A poor domestic season did his chances no good and his fitness levels didn’t support his case either. The Kings XI Punjab gave him a lifeline and he is making his impact in his own way.

It isn’t that Sehwag has struggled in the IPL 2014. In fact, he has looked in good touch with those breezy 30s, where he has played some exquisite shots. His mind remains uncluttered and his approach to the game hasn’t changed at all. If it is in his zone, he gives it everything. The hand-eye coordination isn’t at its best, but there still is some more left in him. It is tough to see him getting back into India colours, but he is hanging in there.

Sehwag continues to play shots over cover, which shows that he is seeing the ball decently well. In most games, he has played that lofted shot through the off-side with that typical timing. Most deliveries on the pads have been smashed. This innings of 74 is crucial in the sense that he has converted a start. That should help him commence a good run, if he maintains good form.

Of the three, Gambhir isn’t the most flamboyant, but his guts and grits are his biggest asset. He had a nightmare at the IPL 2014 early on when he scored only one run in his first four hits in the middle. Since then, he has gradually worked his way back into form. Three consecutive fifties in run-chases will do his confidence a world of good; two of them coming in successful causes will make him feel even better. At the age of 32, Gambhir does have a few more years of cricket left in him and is leaving no stone unturned to prove it.

What is interesting to see is that he is playing an anchor role by allowing Robin Uthappa to attack. Gambhir is someone who will strike around the 120s and such players often guide the innings. With those starts powered by Uthappa, Gambhir has settled him, picked his opportunities and rotated strik. In the process, he hasn’t allowed the asking rate to climb and put his team on course to victory. There is an element of skill involved in pacing run-chases in T20s and Gambhir playing the anchor role is good news for Kolkata.

When compared to his old partner, Sehwag, Gambhir has a better chance of getting back into the Indian side. He didn’t have too bad a domestic season and although the IPL shouldn’t be a criterion to choose sides for other formats, a good performance here would do no harm. It comes before a larger audience and on a platform where you get noticed.

To sum up, Yuvraj, Gambhir and Sehwag have their work cut-out for their franchises and are also aware of the larger picture. They find their motivation in their ultimate goal, but it is consistency that would inspire confidence. There are more task ahead and they have to put their head down and complete them with all their abilities. 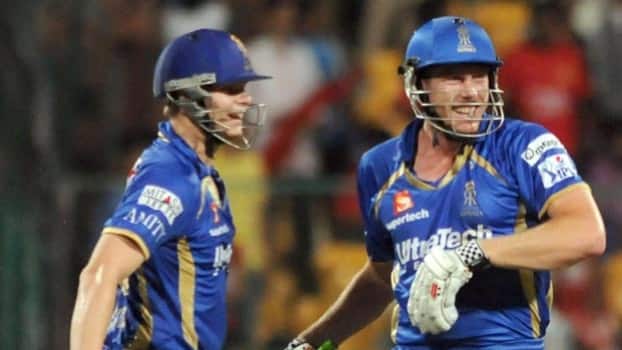