Yuvraj Singh forced his way back into the Indian T20I and ODI squads for the Australia series with a string of good performances. Nishad Pai Vaidya reviews the squad picked by the Indian selectors. Yuvraj Singh forced his way back into the Indian T20I and ODI squads for the Australia series with a string of good performances. Nishad Pai Vaidya reviews the squad picked by the Indian selectors.
Yuvraj Singh fights his way back yet again! The spell in France seems to have done him a world of good and his rejuvenated fitness has helped him return to the squad. Breaking into this Indian team wasn’t an easy task as they had won the ICC Champions Trophy 2013 and the One-Day International (ODI) tri-series in the Caribbean. But, the selectors couldn’t ignore the weight of Yuvraj’s performances and his match-winning abilities are crucial for any side in the one-day game. It is this comeback that is dominating headlines as the selectors announced the Indian team for the lone T20 International and the first three ODIs against Australia.

One would say that there are not many surprises as the core of the team that won the two events earlier this year has been retained. However, some notable omissions include Dinesh Karthik, Mohit Sharma and Umesh Yadav.

Karthik is a trifle unlucky to miss out on selection as he didn’t do too badly since he returned to the side at the ICC Champions Trophy 2013. If there is anything, Yuvraj has been too good in the recent games and merited a comeback. As a result, Karthik had to go. It wouldn’t have been fair to drop Rayudu as he deserved more chances. Karthik, on the other hand, was in the squad as a second wicketkeeper as well. Since, this is a home series, India do not need the back-up wicketkeeper and Dhoni can be the lone man with the gloves. If need be, Karthik can be sent to the venues.

This squad is still more tending towards the bowling side as they have five seam bowlers and three spinners [including Jadeja]. There may have been a case to include Karthik instead of one seamer.

Umesh has done well in patches and his tendency to concede runs may have hurt his chances. His economy rate is too high and although he gets you the wickets with the extra pace, there is always a risk that he will go for plenty. Until he gets tighter with his line and length, he may have to wait for his chances in ODIs. On the other hand, Mohit did his reputation no harm. But, with Bhuvneshwar coming back, India couldn’t have too many pacers in the squad for the home series. Amit Mishra had to be retained given his impressive showing during the Zimbabwe tour.

The full-strength Indian squad now comes together after a long lay-off from international cricket. It isn’t that they don’t have cricket around them as they are coming from various assignments such as the India A tours, the NKP Salve Challenger Trophy and the Champions League T20 (CLT20) 2013. Yuvraj’s comeback is very encouraging as it gives India a genuine match-winner. His improved fitness certainly raises his game to a new level and with that hurdle out of his way, expect him to shine and deliver the goods for India. 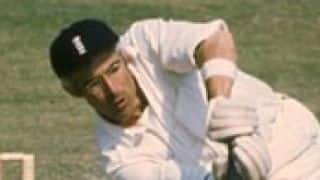 David Steele: His name exemplified his spirit at the batting crease