On October 1, 1997, Chris Harris scored a brilliant 77 not out to pull New Zealand from 137 for seven to a certain win. However, Gavin Larsen’s run-out resulted in a last-ball tie. Abhijit Banare recounts the nail-biting finish at Bulawayo. 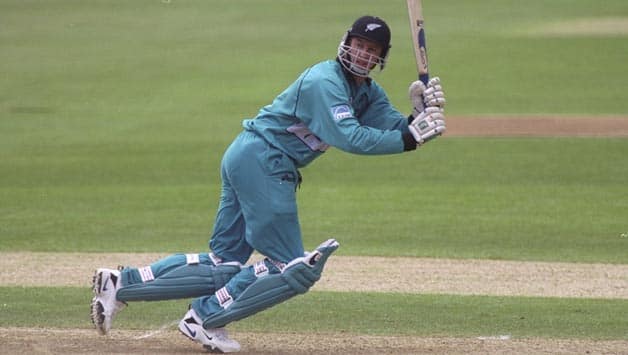 On October 1, 1997, Chris Harris scored a brilliant 77 not out to pull New Zealand from 137 for seven to a certain win. However, Gavin Larsen’s run-out resulted in a last-ball tie. Abhijit Banare recounts the nail-biting finish at Bulawayo.

There is a section of batsmen in international cricket whose overall records don’t exude much awe and respect from the opposition. Yet these are players who tend to frustrate by hanging on to their wicket and deliver that impact innings, which in the context of a match is worth its weight in gold. Chris Harris falls in this category of batsmen. For an Indian cricket fan, no one can forget Harris’s frustrating knock of 46 along with Chris Cairns’s ton against India in the ICC KnockOut Trophy final. However, three years before the Nairobi final, Harris displayed similar characteristics to almost pull New Zealand towards an improbable victory with his fighting 77 not out.

New Zealand were touring Zimbabwe for the first time since 1992-93. The African nation put up a strong performance in the two-match Test series before the One-Day Internationals (ODIs). Both the matches ended in a draw not before the Kiwis were given a scare in the first Test. In the run-up to the three-match ODI series, the visitors were well aware of what the home side was capable of.

At the historic Queens Sports Club, Alistair Campbell chose to bat with a good batting line-up including the Flower brothers — Andy and Grant — with the latter opening the batting. The Zimbabwean innings was compiled with handy contributions from most of the batsmen. The Flower brothers and Dave Houghton were the only batsmen to stay long in the middle. Houghton’s quickfire 40 from 35 balls was preceded by Grant Flower’s 66. This helped the hosts to reach a total of 233 for eight in 50 overs. Shayne O’Connor and Gavin Larsen took two wickets each.

John Rennie had changed the state of the match single-handedly with his fast bowling and agile fielding. He opened the bowling attack alongside Eddo Brandes, a right-arm fast bowler who relied on his out-swingers. After hanging around for a while, Rennie managed to find the edge of Craig Spearman’s bat and Andy Flower took a comfortable catch behind the wicket. A young Nathan Astle — a year into his international career — too walked back into the old Bulawayo pavilion out caught by Alistair Campbell. With only 20 minutes into the chase, Rennie had inflicted two damaging blows to the Kiwi batting.

Those were the years when the Flemings and Cairns, who tortured the opposition had just found their feet, with Fleming shouldering the captaincy at an early age. The skipper was dismissed after a brief start while Cairns perished, paying the price for being too aggressive, not before he collected some quick runs of Guy Whittall. At 85 for four, Matthew Horne held on to one end watching the other end refreshed with the arrival of a new batsman at equal intervals. By the time Horne inched to his half-century, the Kiwis had presented a perfect example of harakiri finding themselves with six down and only 100 on the board.

In walked Harris, the all-rounder from Christchurch, with the game pretty much in the grasp of the hosts as New Zealand were still 133 runs away.

In those years, Zimbabwe was a team built on siblings: Guy Whittall and Andy Whittall, The Rennie brothers — John and Gavin, the Flowers brothers and Paul and Bryan Strang. Except for Bryan, all the rest of them played in the match and made handy contributions to the exciting finish.

Meanwhile, Harris along with Horne had slowly started to stabilise the innings before the Kiwis got back to what they did best on that Wednesday. Horne was run-out by Strang for 55. With the loss of Horne, the Kiwis had pushed themselves as far as they could from winning the encounter. And the spinners didn’t let go of the opportunity either as they kept a tight leash at the precarious situation of their opponents. The short-statured leg-spinner Paul Strang didn’t give an inch conceding just 26 in his 10 overs.

From thereon, the Kiwis fought and fought hard through Harris, who stitched a valuable 41-run partnership with Daniel Vettori before the latter registered the fourth run-out of the innings departing for 18.

At 178 for eight, the hosts still had the match pretty much in their grasp. Even the required run-rate had begun to prick the Kiwis. But Harris countered the Zimbabwe bowling with ample support from Larsen who hung around. Larsen was fondly referred as the ‘Postman’ by his teammates because he had a reputation of delivering when it mattered. He was known for being miserly with the ball and bowling accurately, but on that day, Larsen had to deliver with the willow.

Till the start of the penultimate over, the hosts would have fancied their chances as the ninth wicket partners had to score 30 off 12 balls. Surely not the easiest of tasks even in the T20 era. But Harris defied all odds and the Kiwis struck exactly half of those runs off the next six balls to bring down the target to 15. Harris almost pulled off a stunning chase not before fate had the final laugh as Larsen was run-out by Andy Whittall on the last ball to tie-the scores.

It was the 13th tied match in ODI history. The mixed feelings after a tie weren’t a first for Larsen. In 1994, he was involved in a low-scoring tied match against Pakistan where he had picked up four for 24 when the Kiwis bowled first. He was the highest-scorer in the ODI series scoring 124 runs and bagging the Player of the Series. Harris had a great run in 1997, both in terms of scoring and building his reputation as a finisher. Out of 17 ODI innings, he remained unbeaten in 10 and scored a total of 477 at an average of 68.14 — more than twice his career average of 29.

Zimbabwe managed to edge past in a low-scoring second match not before the series ended 1-1 as New Zealand came back strongly to win the third match by 83 runs.

Earlier in 1997, New Zealand were involved in another tied match with England at Napier. Even then it was Harris who stole the limelight. Defending 237, Harris was stingy conceding just 20 in 10 overs and picking three crucial wickets. In both the matches — against England and Zimbabwe — Harris was adjudged as the Man of the Match.

Meanwhile, in January 1997, Zimbabwe were involved in the famous tie against India at Paarl where the hosts bowled out the Men in Blue defending 236.

Man of the Match: Chris Harris