Mohammad Nabi has been in a blistering form in the 50-over format of late. His last 6 innings read 40, 50, 25, 30, 49, and 3, batting in lower middle-order. He is likely to be pitted against Zimbabwe captain Graeme Cremer.

Zimbabwe will lock horns with Afghanistan in a five-ODI series at home, starting February 16. So far, these teams have battled in 14 matches, with Afghanistan emerging triumphant on 8 occasions. To add fuel to the fire, Afghanistan won both the five-match bilateral series against Zimbabwe, keeping them ahead in the race. Let us have a look at the key battles. Live cricket scorecard: Zimbabwe vs Afghanistan, 1st ODI

Mohammad Nabi vs Graeme Cremer: Nabi has been in a blistering form in the 50-over format of late. His last 6 innings read 40, 50, 25, 30, 49, and 3, batting in lower middle-order. He has a reputation of using the long handle to blasting effect. In fact, the only hundred he has scored came against Zimbabwe at Harare, but it had come batting one-down contrary to the position he bats now. However, he has the knack of striking the ball hard, making him Afghanistan’s mainstay in death overs.

If Afghanistan lose wickets at regular intervals, Nabi is likely to bat halfway into the innings. As a result, he is likely to be pitted against Zimbabwe captain Graeme Cremer. With his leg-spinners he has taken 76 wickets at 33.30. His economy, for that matter, reads 3.95, which is staggering in a batsman-dominated era. Whether he will be able to maintain his economy or leak runs against the might of Nabi, is a question only time will tell.

Mohammad Shahzad vs Peter Moor: Shahzad has been Afghanistan’s superstar. Smashing the likes of Dale Steyn in the ICC World T20 2016 is the evidence to the very fact. He has 4 hundreds and 7 fifties to his name from 48 matches. From wristy flicks to colossal sixes to elegant drives, he has all the shots in his armoury. When placed against off-spinner Peter Moor, he will leave no stone unturned to take him to the cleaners. However, his aggression gives more opportunities to the opposition to dismiss him.

Dawlat Zadran vs Donald Tripano: This is a battle between two medium pacers. Tripano is relatively new to the international scenes, while Dawlat has an experience of 48 ODIs. Given the fact that the conditions in Zimbabwe are often windy, the new ball moves around, catching the batsmen in the crease. Hence, these two will play a vital role in making early inroads.

Najibullah Zadran vs Elton Chigumbura: Much like Nabi, Afghanistan use Najibullah for late blitz. Nonetheless, in the last bilateral series in Zimbabwe, he had amassed 56 runs in 5 matches. He, for all the apparent reasons, will try to make amends and fire on all cylinders. Chigumbura, on the other hand, has donned Zimbabwe jersey in 205 matches. In the last series between these two teams in Zimbabwe, he scored runs at 34.3, with a highest score of 49 not out. All in all, the onus of providing the impetus in the last 20 overs will be on these players.

Sikandar Raza vs Rashid Khan: While Sikandar Raza averages well with the bat, Rashid is better in bowling section, so much so that he averages 20.9 from 16 matches. Sikandar, on the other hand, has scored 3 hundreds, against Afghanistan, New Zealand, and Pakistan.

Whoever fares well in the both the departments is likely to take his team to the doorstep of victory. 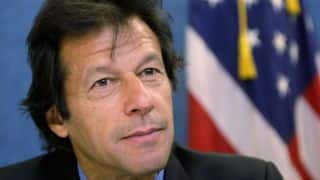