A disconsolate Sarita had refused to accept her bronze medal at the podium to protest the semifinal loss to South Korean Jina Park.

Seeking to distance itself from the controversy surrounding L Sarita Devi‘s semifinal loss in the Asian Games, recently-elected Boxing India President Sandeep Jajodia today said the matter is for the IOA to resolve with world governing body AIBA.

“Boxing India is saddened by the developments involving Ms. Sarita Devi and the emotional outburst of the celebrated pugilist. We sincerely hope the matter will be expeditiously resolved by the IOA with AIBA in the best interest of the boxer, the sport and the country,” Boxing India said in a statement.

A disconsolate Sarita had refused to accept her bronze medal at the podium to protest the semifinal loss to South Korean Jina Park. She is now facing disciplinary action from the AIBA and Jajodia said the matter needs to be resolved at the earliest. “We are hopeful that the involved authorities, the IOA and the International Boxing Association (AIBA) shall judiciously resolve the matter, without compromising with the sports or sportspersons”, said Jajodia.

The body also applauded the performance of M C Mary Kom for becoming the first Indian Woman boxer to bag a gold at Asian Games.

BI said it had no role in picking the squad for the Games. “The Indian Boxing Contingent to Incheon Asian Games was selected by the Ad Hoc Committee formed by the IOA and consequently the Contingent was accompanied by IOA Officials to Asian Games at Incheon. Post the provisional recognition of Boxing India on 15.09.2014, the Ad hoc Committee is no longer engaged with managing the affairs of boxing in India as per the mandate of the AIBA,” it said. 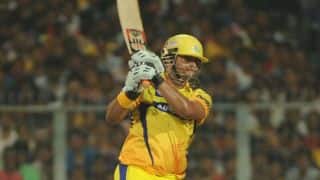