India Women won 15-0 against Maldives, and lost 0-10 against South Korea.

Smarting from their humiliating 0-10 loss to hosts South Korea, India women’s football team head coach Tarun Roy admitted they need to regroup quickly before their crucial last Group A match against Thailand in the 17th Asian Games on Sunday. India have three points after two matches and will have a straight fight against Thailand, who have the same number of points, for a place in the quarters.

The winner of the match along with group leaders South Korea will go through to the next match. “We were blown up by our own bomb,” Roy said of the match against South Korea. “The girls were new to the 5-4-1 system but it was done keeping in mind Korea’s all out attacking style. I wanted our team to break on the counter. The house came down within the first ten minutes,” he said.

“There cannot be any excuses for this landslide. The team was lacklustre from start to finish.” The loss was demoralising, particularly coming at the back of a 15-0 win over Maldives.

“Maldives were accommodating, and I admit it was an easier outing. But nevertheless 15 goals is not a matter of joke and does not happen every day. Taking it up from there, the manner of defeat was all the more disappointing,” he said. But Roy said the team is ready to learn from its mistakes and move forward.

“The girls know they have been dismal. We failed to stitch a concrete move and test their goalkeeper. But we have to keep the past behind.” India are expected to go back to the 4-2-3-1 system against Thailand with Ashalata Devi filling in for the suspended captain, Bembem Devi, in midfield and Radharani Devi partnering Romi Devi in central defence.

The rest of the team will remain the same. South Korea lead Group A with six points while India and Thailand are on three each. Maldives sit at the bottom having lost both their games by a huge margin. 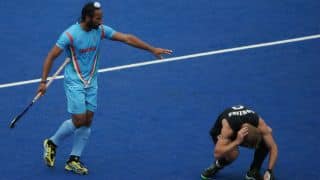 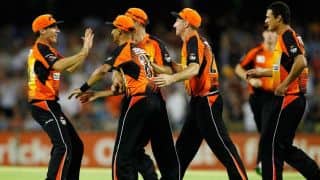