Mahesh Vijay was the top-scorer for the Indians, netting five goals in nine attempts.

The Indian handball team started its Asian Games campaign on a disappointing note, going down 20-39 to Chinese Taipei in their opening Group D match here today.

In a rather lopsided contest, the Indian were trailing 11-24 at the end of the first 30-minute period before losing the the next period 9-15.

Mahesh Vijay was the top-scorer for the Indians, netting five goals in nine attempts, while Manpreet Singh Bassi, Vasu Binu and Avin Khatkar contributed three each.

For the Taipei team, Yi-Fan Chiu stole the limelight by converting eight of his nine shots at the goal. Hsien-Chang Chao scored five goals, while Hsin-Wei Huang and Hui-Hsiung Wang netted four each.

In total, Chinese Taipei had 61 shots at the goal, much higher than India’s 45 attempts. The Taipei team was also distinctly better in its defence, with its goalkeepers pulling off 19 saves.

The Indian goalkeepers, however, managed to keep out just nine of the 48 shots fired at them. 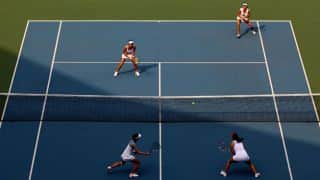 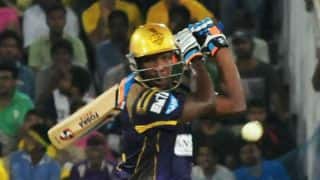