The Indian men’s team could only manage a fourth-place finish in the 50 metre rifle prone event of the 17th Asian Games at the Okryeon International Shooting Range on Thursday.

The Indian team of Joydeep Karmakar, London Olympic bronze medalist Gagan Narang, and Hariom Singh shot 1852.8-98x to take fourth position. However, the Indians failed to qualify for the final in the individual event as Karmakar, Narang and Hariom finished 10th, 14th and 29th, respectively.

Karmakar scored 621.2-39x while Narang came up with a score of 618.4-31x. Hariom also struggled to get going as he fired a poor 613.2-27x. The team gold went to Chinese trio of Shengbo Zhao, Xing Lan and Gang Liu, who broke the world record with a combined score of 1,876-130x, surpassing the previous record of 1873.6 set by France at the European championships in Croatia last year. South Korea won the silver medal with 1869-120x and Kazakhstan picked up the bronze with 1859-102x. 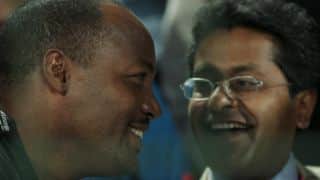