The late blitz took India to within four points of their opponents (62-66) but it was too little too late.

India put up a brave fight against Saudi Arabia but left themselves a mountain to climb in the final two quarters, finally losing 67-73 in the men’s basketball qualifying round Group B match of the 17th Asian Games here Sunday.

After a tight first quarter, India fell 13 points behind their opponents in the second and that game remained the same in the third. In the fourth quarter, India rallied brilliantly narrowing the gap to just four points but Saudi Arabia held on to record their first win in competition.

Saudi Arabia led 19-13 in the first quarter and dominated the second taking the score to 40-27. There was nothing to separate the two teams in the third with the scores 59-46. India came out of the blocks quickly in the final quarter and went on an incredible scoring run of 14 points without giving any points away.

The blitz took India to within four points of their opponents (62-66) but it was too little too late as Saudi Arabia held on nervously. Belal Fahad Alsalik was the top point-getter for Saudi Arabia notching 17 points.

Amjyot Singh and captain Amritpal Singh scored a match-high of 19 points each but got little support from their teammates.  Bhriguvanshi Vishesh (10 points) was the only other Indian player whose points tally reached double figures.

India will have it all to do when they take on group leaders Kazakhstan in their final group game. Kazakhstan have won both their matches, beating Palestine and Saudi Arabia convincingly. 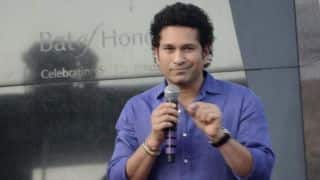 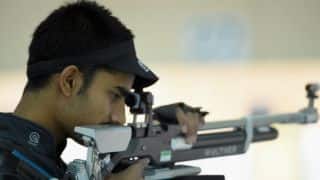