Indian men’s kabaddi team thrashed Thailand 66-27 in a preliminary Group A match of the 17th Asian Games at the Songdo Global University Gymnasium.

Defending champions, India dominated the match from the start and raced to a 29-15 lead till the first half by ousting 22 Thai players.  With two lona points and five bonus points, the Rakesh Kumar-led Indian showed a lot of class and quality. The Indian team with a starting line-up of Rakesh, Anup Kumar, Manjeet Chillar, Ajay Thakur, Navneet Gautam and Rajguru Subramaniam, displayed vintage raiding skills and strong defensive tactics in the second half to claim 37 points compared to Thailand’s 12.

The proof of Indian team’s aggression was the six lona points they clinched in the second half.  They knocked out 26 Thai athletes and collected five bonus points to take first position in the group and also cement their place in the semi-finals. The Indian team will play arch-rivals Pakistan in their final match of the group. The winner of the match will decide the top two places in the group stage. As of now, India are ahead of Pakistan thanks to a better points difference. 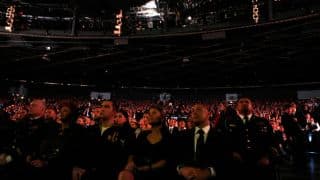 Was Rajdeep Sardesai the first to attack at Madison Square Garden?