Indian girls fought hard in the second quarter before conceding the lead.

Indian women’s hockey team put up a determined effort before going down to a superior South Korean outfit by 1-3 margin in the semi-final of the 17th Asian Games, here today. India will now play in the bronze medal play-off match against Japan, whom China beat 1-0 in the other semi-final.

Korea opened the account as early as third minute when Kim Darae’s reflex snap shot beat Indian goalie Savita all ends up it make it 1-0. In the 11th minute, India levelled the proceedings courtesy wonderful strike from Namita Toppo from the the top of the ‘D’. Namita entered the box and took a rasping shot at the corner of the net to make it 1-1.

After finishing on even keel in the first quarter, Indian girls fought hard in the second quarter before conceding the lead in the 28th minute with a strike from Han Hyelyoung. Korea finally took an unassailable lead in the 42nd minute when Park Mihyun took advantage of poor defending after being fed right in-front of the Indian custodian.

Park trapped the ball and then had enough time to turn and slot it after it rebounded off Savita. In the final quarter, India did get a penalty corner but drag-flick specialist Jaspreet Kaur failed to convert it.

Indian women will thus have revenge on their mind when they take on Japan in the bronze medal play-off. Japan won that contest 1-0 in Guangzhou edition four years back. 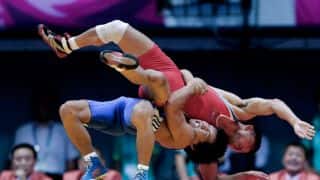 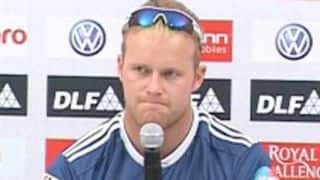