India take on title favourites China on September 24 before finishing their league phase.

Indian women’s hockey team started their campaign on a winning note by drubbing a lowly Thailand 3-0 in a one-sided Pool A match at the Asian Games here today.Poonam Rani (15th minute), Vandana Kataria (39th) and Deepika (53rd) scored the goals for India at the Soenhak Stadium here.

The Indians completely dominated their opening match but their wayward strikers could score just three out of 22 shots they had during the match as against one by Thailand.

Striker Rani Rampal got the maximum number of shots — six — but she could not sound the board even once.

India took some time to settle down in their campaign opener but once they had a measure of their opponents, they dictated terms on their rivals. They scored once each in the first, third and fourth quarters of the match.

The Ritu Rani-led side took the lead in the 15th minute through a penalty corner and Poonam Rani was bang on target after a few unsuccessful attempts at the opposition goal.

Indian forwards made repeated forays at Thailand striking circle but they missed the target many times and were just 1-0 up at the midway stage.

Just as the third quarter started, Vandana Kataria gave India 2-0 lead with a field goal and that virtually settled the issue for India. The Indians completed the tally in the final quarter with Deepika scoring in the 53rd minute through a penalty corner strike. 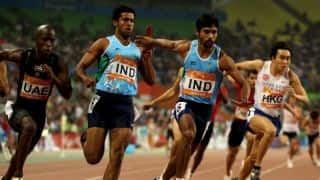 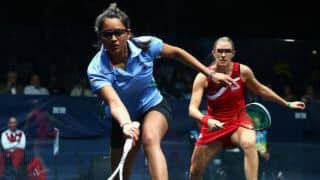